It is that time of year again, the preparation for City tournaments in Grand Rapids. This where I start to really concentrate on my game. This the all events will be held at Spectrum Lanes. I am looking foward to the challange and hope to do well. The dates haven’t been annoucned yet but I will let you know when it takes place.

This past week I saw some of the worst officiating ever. I saw it in NFL Games, the Rose Bowl and in the NBA. If I were running sports I would fine referees for every obvious bad call they made. One thing that bothered me is when Allen Iverson got kicked out of a game against this old time the 76ers in Denver. A guy tripped him and didnt get the call, so the ref kicks him out. Now that was obviously a bad call. I think officials should get fined, just like the players do. Frustrating to watch the sports right now.

This past Monday I only watched 10 minutes of Raw…then I shut the crap off. K-Fed vs. Cena was so stupid. Now we wonder why TNA is starting to get more noticed. I hope when TNA and WWE go head to head in February, I hope the wrestling fans purposely not watch WWE just to show them how stupid they are. It was the first time in a long time that I shut wrestling off. To sum it all up, it was pathetic.

Well the NFL Playoffs begin. My prediction for the Super Bowl is the Baltimore Ravens vs. the New Orleans Saints, with the Ravens winning. 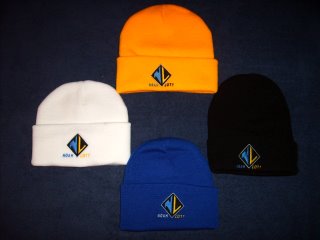 Well thats all for me. Have a good one. Peace and God Bless