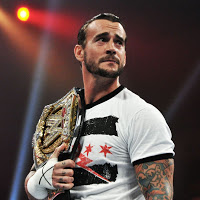 Tonight was the 25th annual edition of Survivor Series and while most of the night was centered around Never Before! Never Again!  a lot of people are missing a bigger picture. Tonight CM Punk edged his name in WWE history and started to solidify his legacy by capturing the WWE Championship at Madison Square Garden. Stars like Kevin Nash, Big Show, Shawn Michaels, Chris Benoit, Bret Hart, and Hulk Hogan have won World Championships at the “World’s Most Famous Arena.” While Punk may have won the title tonight at Survivor Series the lasting image people will have is watching The Rock standing tall at the end of his tag team match tonight.

The Rock and John Cena had the most tension out of any two tag team partners I have ever seen. It made for a great story and tag match against The Miz and R-Truth. The Rock shined tonight and he looked like he had never been away as long as he has been. I think he will be even more impressive when Wrestlemania 28 rolls around.

There is only one thing I disliked about the show and that’s the conclusion of Mark Henry and The Big Show’s match. Either Daniel Bryan should have came out and cashed his Money in the Bank briefcase or Kane should have returned. A few things that I liked the stuck out to me were the fact Randy Orton has lost four pay-per-view matches in a row and Wade Barrett continues to get pushed a long with Cody Rhodes. I really thought the finish to Beth Phoenix and Eve’s match was impressive. It looked like it hurt both Diva’s but the crowd loved it.

Tonight was a solid show, and WWE should be happy with what they put out there. The Rock maybe been the drawing and selling point but CM Punk winning the WWE Title was worth watching the PPV. Only the strong survive but tonight the strong shined.