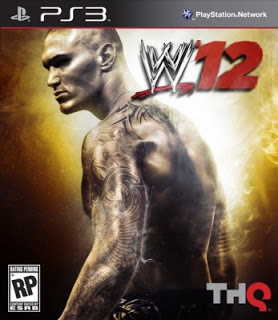 On New Years Eve, I ended up playing WWE 12 for almost 12 hours and in those 12 hours I found myself being absolutely in love with game. The create-a-wrestler feature is very detailed and you can do a lot with it. You can now create finishers, arenas, move-sets, titantrons, entrances, and much more.

I spent most of the night playing in WWE Universe mode and played a lot of matches. I have to add that the cut scenes and stories in Universe Mode are very fun to watch and be involved with. I think the most excitement I had was playing the Royal Rumble match. I started number one and ended up being the second to last person eliminated. I love the realism of fatigue and injuries. If you get injured in a match you get written off the storylines.

This game has everything that past and present wrestling fans could ever want including legendary wrestlers from the past. They also have old school wrestling arenas from the 90’s. There are so many great things about this game. However there is one thing that’s a bit irritating and that is the online connectivity. It has a lot of bugs to it right now which sometimes make it difficult to access downloadable content. WWE says they are currently working on the bugs so stay tuned for more on that.

I haven’t had this much fun playing a wrestling video game in a long time. There is so much to do on this game and even in 12 hours I couldn’t cover it all. As I said before this is a must have for any past or present wrestling fan. Its available on PS3, XBOX 360 and the Nintendo Wii. As the commercial says, it’s bigger, badder and better. Join in the fun with WWE 12.