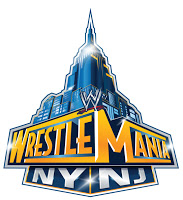 It has been announced that on April 7th 2013, Wrestlemania 29 will be taking place at Metlife Stadium in New Jersey which is the home of the NFL’s New York Giants and New York Jets. Let me bring you back to Wrestlemania 2 which featured an NFL-WWE Battle Royal. Some of the names in the match included William Perry, and Bill Fralic. Andre the Giant won the match but no one ever forgot how tough the NFL players proved to be.

If I was booking Wrestlemania 29 I would have a 20 man Battle Royal like they did at Wrestlemania 2. I would have 10 WWE Superstars, 5 Giants and 5 Jets in this Battle Royal. Considering how big of rivals these two teams are, it would make for a great confrontation. A lot of athletes of over the years have competed and participated at Wrestlemania. Some of those athletes include Lawrence Taylor, Floyd Mayweather, Joe Frazier, Muhammad Ali, and many more from the world of sports. 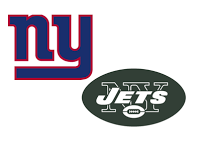 If I had to pick 5 Giants and 5 Jets it would be hard but obviously they would have to lineman because we all know those QB’s, RB’s and WR’s wouldn’t risk it for a thrill.

Now you’re probably asking yourself why I chose the WWE list I did. Either because they are big man, from New York did play in the NFL at some point. Both Duggan and Simmons played in the NFL. Foley and Ryder make sense because of their New York and New Jersey roots.

Some way somehow the WWE needs to have the Giants and Jets involved with Wrestlemania 29. I think bringing back an NFL-WWE Battle Royal would be perfect. Wrestlemania 29 is going bring in 62 million dollars in revenue to New Jersey according to numerous sources. It’s going to be great to watch Wrestlemania 29 at Metlife Stadium in 2013.