With March Madness right around the corner it’s time to get into the details of where the games are being played. Here is a guide of how to follow the NCAA Men’s Division I Basketball Tournament. 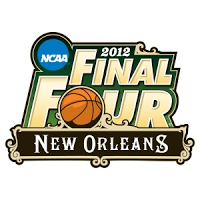 Each regional winner will advance to the Final Four, held March 31 and April 2 in New Orleans at the Mercedes-Benz Superdome, hosted by Tulane University.All games will be televised on CBS, TBS, TNT and truTV. A lot of pretty well known names will be covering this years tournament. Guys like Steve Kerr, Charles Barkley, Reggie Miller, Marv Albert, Kevin Harlan and Jim Nantz are just some of the few that will be covering the annual March Madness tournament.

As of this writing their are still twelve teams fighting for the spot in the tournament.

ON THE BUBBLE
Last Four In
Miami
Xavier
Texas
Northwestern

Also as of this writing this is what the conference representation looks like with how many teams in each conference that are going:
Big East 9
Big Ten 7
Big 12 6
SEC 5
ACC 5
Mountain West 3
West Coast 3
Pac-12 3
Atlantic 10 3
Missouri Valley 2
Conference USA 2

Tune in on March 13 to watch the Madness, upsets and Cinderella stories begin. Are you ready for some March Madness?