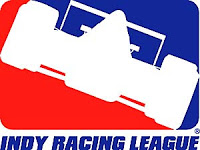 Yesterday one of the most famous races took place and the expectations for the race were met with excitement. The common feeling in racing from the general public is that it’s not fun to watch unless their is a big wreck.  The problem with Indy Car racing now is that too many bad things are happening. Last year in the last race of the year a tragic accident took the life of Dan Wheldon. The thing that bothers is that nothing has been done to  improve safety. NASCAR learned the hard way when they lost Dale Earnhardt in 2001 at the end of the Daytona 500. Before that Kenny Irwin Jr, and Adam Petty. Just think if something would have been done when Irwin and Petty died. We probably would still have Dale Earnhardt here today.

Indianapolis Motor Speedway alone has had 56 racing deaths. That is just one track. The IRL has  seen a lot of popular drivers leave for NASCAR over the last decade. Some of those include Danica Patrick, Sam Hornish Jr.,  and Tony Stewart. I am sure money had a huge part in them moving over to NASCAR but I think safety played a huge part in their decision to go to NASCAR.

Look at all the improvements NASCAR has made for safety. They require all drivers to wear the HANS device. They also have safer wall barriers which make a crash have a lot less more impact. What has the IRL done? Absolutely nothing. I saw a lot of brutal wrecks yesterday and  I am surprised no on was seriously injured. These cars get absolutely destroyed and no one seems to care.

I honestly think the IRL is becoming irrelevant and the only race that does matter is the Indy 500. The IRL has lost it’s star power over the years and it’s not getting any better. I truly believe that safety is one of the main reasons why the Indy Racing League has lost so much money and popularity. The only question left is what is it going to take for the IRL to improve it’s safety for drivers?