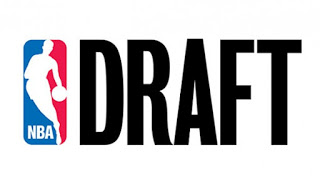 Tonight was the 2012 NBA Draft and I have never seen more wheeling and dealing in a draft like this in a very long time. It really seemed like certain teams were unsure of their picks. I think teams like the Wizards, Hornets and Cavaliers had an awesome draft overall. They all knew what they wanted and pretty much got it. Everyone keeps saying no one will compete with the Heat or Thunder but if those three teams can make some good free agent signings then they could be getting into the hunt again. With all that being said here is a recap of tonight’s events and how it all went down.

-Dallas Mavericks agreed to trade guard Kelenna Azubuike and the draft rights to No. 17 pick Tyler Zeller to the Cleveland Cavaliers. Cavaliers sent the draft rights to the Nos. 24, 33 and 34 picks to Dallas.
Picking for Dallas at 24, Cleveland drafted Jared Cunningham. Bernard James went at 33rd, and Marquette’s Jae Crowder went 34th.

-Sacramento Kings selected Orlando Johnson with the 36th pick and then sent him to the Indiana Pacers for cash considerations.

-Philadelphia 76ers sold their 54th pick to Brooklyn. Picking for the Nets, the Sixers drafted Tornike Shengelia from the country of Georgia.
-Los Angeles Lakers bought the 55th pick from Dallas. Picking for the Lakers. The Mavericks selected Darius Johnson-Odom out of Marquette.
-Brooklyn Nets acquired the draft rights to Tyshawn Taylor after he was selected 41st overall by the Portland Trailblazers
These were all the trades confirmed during the NBA Draft telecast so I am sure their will be more trades in the coming days. Don’t forget that NBA free agency begins next week so be sure to check back with news and signings during the NBA off-season.
Please Share This