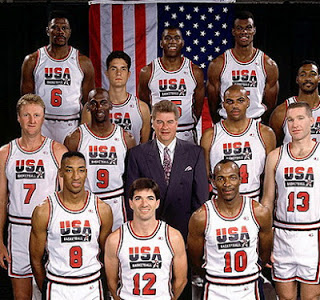 As a seven year old kid in the summer of 1992 I never fully appreciated the athletes in the NBA. Twenty years later I look back and tell myself how cool it was to see all the megastars in the NBA put their ego’s aside and represent their country. They were coached by Chuck Daley who was assisted by Mike Krzyzewski, Lenny Wilkens and P.J. Carlesimo. The team was consisted of  Charles Barkley, Larry Bird, Clyde Drexler, Patrick Ewing, Magic Johnson, Michael Jordan, Christian Laettner, Karl Malone, Chris Mullin,Scottie Pippen, David Robinson, and John Stockton.

They set the tone in the Tournament of Americas which took place in early summer of 2005 where they beat  Venezuela in the finals. They went 6-0 in the tournament and started their domination of that summer.  The Olympics came and the results spoke for themselves. Here is a look at the domination they had in 1992

The USA may have won the Gold before and after but the Dream Team of 1992 set the tone and made an impact. They made so much of an impact they were inducted into the Basketball Hall of Fame in 2010 which is huge because only 7 teams prior to them have been inducted.
The question is can the United States produce a team with such greatness as the 1992 team? Many people say that the 2012 team could be even better then the 1992 team. We will have to stay tuned to see if that is true but for now here is a preview of what’s to come 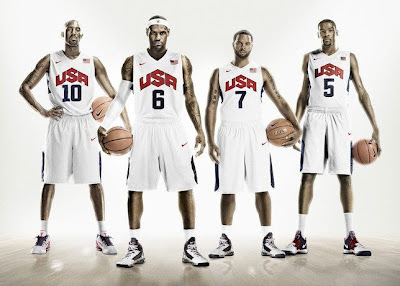