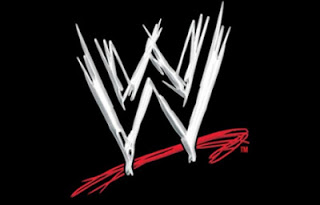 Since 2006, you have often noticed a WWE Superstar that might not on TV due to a suspension of violating WWE’s Wellness policy. A lot of people always ask what is the policy about. Performers from WWE are prohibited from taking Anabolic Androgenic Steroids, Stimulants, Pseudoephedrine, Narcotic Analgesics, Benzodiazepines, Barbiturates, Diuretics, Muscle Relaxers, Sleep Aids, Anti-Estrogens, Illegal Drugs, Herbal and Dietary Supplements, Prescription Medications, and  Synthetic Drugs. However if you have a prescription from a WWE doctor then the performer is able to take a legal medical drug to help them without whatever they need it for.

WWE has random drug testing and can be administered at anytime however if you have a strike against you under WWE’s three strike policy you are subjected for testing up to 12 times a year. The first strike gets a 30 day suspension, the second strike gets a 60 day suspension and the third results in termination for the WWE performer. They can be rehired after one year if they pass all pre-drug testing. The WWE also has provided rehab services for past and present superstars which they completely fund with the companies own money.

Since the inception of the WWE Wellness Policy, 38 wrestlers have been suspended due to violating the policy. Carlito, Test and Umaga were terminated for violating the policy. Shortly after their terminations Test and Umaga passed away. Since 1982, only 5 wrestlers have died while under contract. One of them due to suicide, one due to accident and three of them due to heart disease. The three with heart disease had previously been drug abusers.
The doctors that help with the WWE Wellness Policy include Dr. Joseph Maroon, Dr. David Black, Dr. Mark Lovell,D r. Bryan Donohue, Dr. Vijay K. Bahl, Dr. Tom Sisk, Dr. Mark Unterberg, Dr. Christopher Amann, Dr. Michael Sampson and, Dr. Earl Suttle. Dr. Maroon is the WWE Medical Director who oversees everything in the WWE Wellness Policy while Dr. Black administers all the tests.

So those who say that the policy isn’t legitimate, I hope this clarifies any questions or doubts you may have. The policy has been designed to prevent situations like Chris Benoit, Eddie Guerrero, Brian Pillman and the countless others who died after their time with the WWE. Since the Benoit tragedy the WWE has been very strict with the policy and nobody gets leniency. Just ask Randy Orton who is serving another suspension because of his violation of the policy.
Ladies and Gentlemen, this is the WWE Wellness Policy. I hope you can fully understand why it is your favorite performers sometimes do not show up on TV for a period of time. Hopefully the WWE continues to get cleaner and safer so many can enjoy a long life and long career without abusing drugs.
WWE
Please Share This