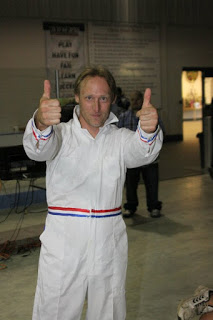 When someone has aspirations of being a pro wrestler their training usually starts at an early age. For Stuntman Mike, his training started at 37 years old and now has been in pro wrestling for three years. Stuntman Mike has always been a pro wrestling fan and I’ve come to realize that to be really successful in pro wrestling you have to be a fan of it and have a passion for it. People think it might be crazy to start training into your late 30’s but lets not forget about two guys. Diamond Dallas Page started at age 32 and Batista didn’t get his break until he was 34 years old. With that being said, here is what the uniquely and outspoken Stuntman Mike had to say about his road to being a professional wrestler. 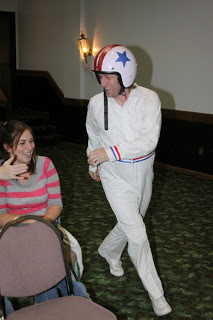 What are your first memories of pro wrestling growing up?
As a kid I remember being a sucker for the one who could cut an awesome promo. Flair, Piper, Ted Dibiase, Jake the Snake, among others. My fondest memory is my Father taking me to see Wrestlemania Three where Hogan slammed Andre. He even bought me a Jake the Snake shirt there and that was awesome too.

What made you want to get into pro wrestling?
I have always been a fan of wrestling and wished to get into it. I was a small child and was picked on a lot. I grew up wanting to be bigger and stronger so that nobody would push me around anymore. I figured as a wrestler I would be idolized by people or they would be intimidated enough to at least leave me alone. I never knew how to go about getting into it though and so like DDP I am a very late starter.

Who trained you and how have they helped along the way?
My trainer was and still is Electric Eric Freedom! I cannot say enough good things about him. He is one of the nicest people I have ever met and I owe him a lot. He gave me a chance when most people would have laughed at me and sent me on my way or took advantage of my just to make some money. He runs Universyl Wrestling Enterprizes and trains people at the Electric Kompany. Lets just say if it was not for him and my good friend John Campbell who is on then I would not be wrestling anywhere at all. They gave me the courage to try and to persevere when it seemed like I would never make it.

Who is your favorite opponent to go against?
I enjoy a good brawl with John Campbell as he is a master of ring psychology and I always know the crowd will be at the edge of thier seats waiting to see what we will do next. There’s also another gentleman that I have wrestled a few time that goes by the name of Tyberious Blaze and he and I have amazing chemistry when is comes to having matches. hes one to look out for.

What is your favorite match that competed in so far?
It is going to sound weird but my favorite match would have to be the battle royal at UWE’s Headlock on Hunger last November. The main reason is that I was allowed to wear my crash helmet during the whole match and even managed to get one Jamed Dillinger to use me as a battering ram at one point in it.

Any good road stories?
My best one is one where I will not name any names. Lets just say it was two other wrestlers and I
and one was fairly beligerant. Just about every car we were driving past he would start screaming racial slurs and just saying off the wall things that made us crack up for just about the whole road trip. Then theres also that time I managed to get everyone to stop and sing karaoke on the way home and Dillinger sang a love song to John Campbell. I believe it was a modified version of Oh Sandy from Grease.

If you could be in any type of match, what kind of match would you chose and why?
A championship of course. Any kind of championship. I like gooold. Seriously though I seem to think the kind of matches where I shine the most is in Battle Royals.

If you could wrestle any 5 guys past or present who would they be and why?
Easy “Million Dollar Man” Ted Dibiase, Jake the Snake, Junkyard Dog, Bam Bam Bigelow and The Boogeyman. Millionaire Ted was my all time favorite growing up and it would be like being a kid again to be in the ring with him. Jake the Snake had so much charisma in his heyday that I can imagine how great it would be to be face to face with him and hearing the crowd go crazy. I loved the Dog and think that our styles of wrestling wuld have been very compatable. Bam Bam was one of the most agile wrestlers I ever saw back in the day for his size and if anyone was going to smash me into oblivion Id like it to be him. Id like to wrestle The Boogeyman or Slither as he is called now just because I think it would be a nice way for me to attempt another one of my daring stunts trying to avoid having to eat worms.

If you had the choice to go go ROH, TNA, WWE, or New Japan which one would you chose and why?
It would have to be WWE as I like money and fame. Although not neccesarily in that order. Ok maybe in exactly that order.

Why should people come watch Stuntman Mike in the ring?
Because I am the one and only stuntman turned professional wrestler hailing from Nashville Tennessee who will perform his daring deeds for your enjoyment. Watch as I am thrown headfirst into the turnbuckle, gasp as I am thrown out to the floor, and cringe as I am pummelled all over the ring and yet somehow still come out alive even if not standing. All because I’m Stuntman Mike and I’m OK!

What are your goals in the future for pro wrestling?
I plan to take life as it comes. I will wrestle anywhere I am able to and have no objections to travelling. I like to entertain people and as long as they keep on cheering for me I will keep on throwing myself out there and giving whatever I can of myself to keep them entertained. If I never make it to one of the bigger companies then I will continue to work for the local ones as it is what I love to do and I cannot imagine not doing it now that I have started.

Any final thoughts?
Just that my favorite thing is when kids come up to me and ask me for my autograph. I have five kids myself and have no problem signing anything so always feel free to ask if you see me around. I am on twitter at @StuntmanMikePro and welcome anyone that wishes to subscribe.