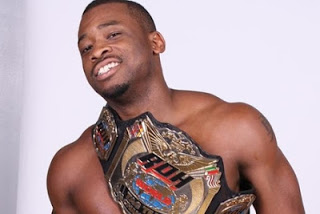 This past Thursday as TNA was finalizing who would be in the X-Division Title tournament for Destination X on July 8th a familiar face came through the curtain to compete. Kenny King, who is one half of the Ring of Honor Tag Team Champions showed up on Impact to compete against  Lars Only to earn a spot into the X-Dvision Championship tournament. I’ve seen a lot of things happen in my time like Mike Awesome showing up on WCW, or Rick Rude appearing on WCW and WWE in the same night. Apparently King was under a handshake or verbal agreement with ROH Wrestling to continue wrestling with them but keep his options open. Obviously by him appearing on Impact Wrestling ROH severed ties with him and said his breach of their agreement was unacceptable.

Kenny King was the talk of pro wrestling this morning as it was huge news because you don’t see that happen in pro wrestling these days. When TNA was first starting out, they allowed their wrestlers to work for Ring of Honor to support their families and get more ring work. It was only a couple of years  when TNA would not allow its performers to be on ROH shows. Kenny King was apparently looking for a better situation for his family and he found it. King’s departure really screws up the tag team division because Rhett Titus is now without a partner and cannot defend the tag team championships. 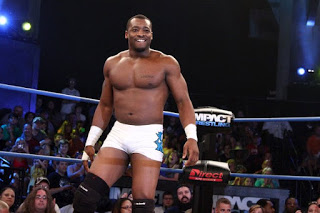 As for King he will be in the X-Division title with seven other competitors that are Zema Ion, Kid Kash, Doug Williams, Flip Cassanova, Rashad Cameron, Sonjay Dutt, (Winner from Last Chance Fourway). The Last Chance Four will be Dakota Darsow vs. Rubix vs. Lars Only vs. Mason Andrews. One thing is for certain and this Kenny King better bring his best ring abilities at Destination X or he might not have a job at all. King was not a big name but he made himself a name by jumping ship from ROH to TNA in the way he did. You know you have gotten noticed and made an impact when the internet is talking about the next day. For loyal WWE fans you might remember Kenny King from the 2nd season of Tough Enough. Kenny was a runner up and went on to wrestler in ROH and FIP.

From what I have seen of Kenny King he has a lot of high flying talent and has a good look. I think he will be a good competitor in the X-Division but as I said before he will have to impress at Destination X. Stay tuned for more on the Kenny King X story.