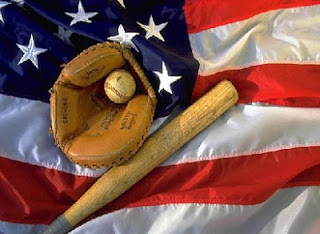 It’s the Fourth of July, time to celebrate Patriotism, family and friends and enjoying each other’s company…or especially in my case some of the best sports trash talking you’ll ever hear all year round. First, since its July we’re in the heart of baseball season, which right now has my Atlanta Braves and Detroit Tigers in the middle of their respective divisions, about .500 records…could always be worse, I’ll gladly take it. The Chicago Cubs are in the basement…what a shock.

Detroit has the addition of Prince Fielder this year, and unfortunately he’s not living up to his name nor salary. That’s all I’ll say about that one at this time. Brandon Inge now has a home in the Oakland A’s clubhouse; but hit a grand slam in his first game as an A. Hmmm…what’s that say about him? Justin Verlander is stellar…but has no offense to give him the wins his record deserves; if it was me suffering loss after loss because my teammates couldn’t carry the weight…I woulda had an epic meltdown like good ole’ Charlie Sheen did in Major League.

Chipper Jones started the season by saying it was his last; heartbreaking, but he’s been a great leader for the team. He’s also been my least favorite, call me crazy if you will but Chipper Jones only made me smile when he put runs on the board and stopped others from scoring. Every other team member I’ve rooted for never really stuck around…perhaps I was the curse.

They’ve done great so far this season being the second season without Bobby Cox on the bench. Granted they’re still not the same, but every team has to move on. We moved on without Maddux, we moved on without Glavine. We will move on without Chipper when the time comes, and Chipper being named as a replacement on the NL’s roster, I do hope he has a good time. He’s already said he doesn’t mind if he doesn’t play, not too many people have that outlook on the game.

So folks, when it comes time to sit down and enjoy burgers, hotdogs, too much ketchup that ends up on your shirt and some cold long necks, remember what makes this country great and what it is all about. Say thank you to those vets who made it possible for us to enjoy the ability to stand on the picnic table, still stone sober at this time and scream, “CUBS STILL SUCK!”