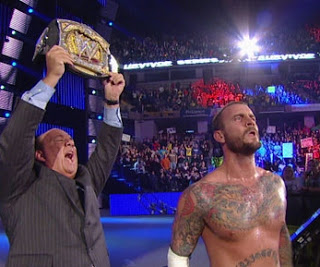 Tonight was the annual WWE Survivor Series show that’s been running for 26 years. The pre-show kicked off with Team CoBro taking on 3MB. I love how all these jobbers are getting put in teams or factions just so they could be relevant. None of these guys will ever headline Wrestlemania. It’s pretty sad that Santino use to be taken seriously, Drew McIntyre use to be the chosen one and Ryder was a one hit wonder late last year. In the end, 3MB won the match and gets a little bit of attention.

The opening match was a bonus 5 on 5 elimination tag team match. It was Brodus Clay/Justin Gabriel/Tyson Kidd/Rey Mysterio/Sin Cara taking on Tensai/Prime Time Players/Primo/Epico. I loved the eight man tag match from this past Monday and it carried right where they left off. I really like that Triple H is bringing back the tag team division as well as the cruiserweights. In the end, Brodus was the only man eliminated from his team.

The first title match of the evening was the Diva’s title and I personally thought Kaitlyn should have wob the Diva’s title. This crap with Eve pretending to be a classy champion is getting lame. I think Kaitlyn has some of the best in-ring abilities in the WWE right now. Plus she also has a lot of power that all the other Diva’s lack right now since Beth Phoenix is gone. I hope Kaitlyn gets the Diva’s title in the near future. She definitely deserves it.

The title match no one really paid attention to was actually a solid match between Antonio Cesaro and R-Truth for the United States title. I like Antonio is getting stronger each week and people are really starting to get into him as a heel. Antonio retains the championship and keeps his momentum rolling. I really hope he gets some more focus time. I could see him being a future World Champion down the road.

There was a break from the action as AJ Lee and Vickie Guerrero got into it again with this time AJ humiliating Vickie. AJ showed some really funny photos of Vickie that you couldn’t help but laugh at. Right when you thought they were going to come to blows Tamina Snuka came out and laid out AJ. All I got to say is, it’s about time Tamina is getting a push and some TV time. Shes a great wrestler and comes from one of the best wrestling families ever. I wonder where this is going to end up but I am sure an AJ Lee vs. Tamina Snuka match will eventually happen. 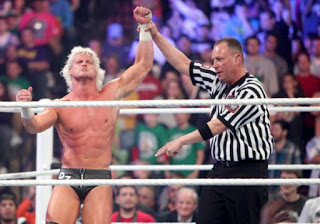 Up next was Big Show vs. Sheamus in a rematch from Hell in the Cell. I have to tell you out of all the matches on the card, this had the best build up and probably the best all around match again. The only thing I was upset about was the ending. Not the fact that it was DQ, but the fact that once Big Show was beating down after the match Dolph Ziggler should have cashed in the Money in the Bank briefcase. No one would have saw it coming because he was focused on being captain of his Survivor Series team.

Speaking of Dolph Ziggler, he headed up his team of Wade Barrett, David Otunga, Alberto Del Rio and Damien Sandow against Team Foley consisting of Kane, Daniel Bryan, Kofi Kingston, The Miz and Randy Orton. This was a crazy match all the way around. So much dysfunction and chaos between everyone. The match came down to Ziggler and Orton and it was a good finish as Orton teased the punt kick and Ziggler got the victory furthering his push as the World Title.

The Main Event was the triple threat title match for the WWE Title between CM Punk, John Cena and Ryback. This was actually a really good match. The match could have gone any way but the conclusion of the match saw three NXT wrestlers in the form of  Dean Ambrose, Seth Rollins and Roman Reigns take out Ryback allowing Punk to cover Cena for the win. I am curious to see if this is another Nexus angle, or Punk has a new stable of guys around him. It is no secret that these three are the top guys in NXT right now and have been waiting to move up to the main roster.

Survivor Series was a decent show but it didn’t have the shock value that it normally does. I think if Orton would have turned heel like he’s been wanting too or Ziggler would have cashed in that this would have been a better show. There wasn’t a bad match on the show but nothing except the end of the show was really that shocking. Now onto what everyone is probably talking about…. 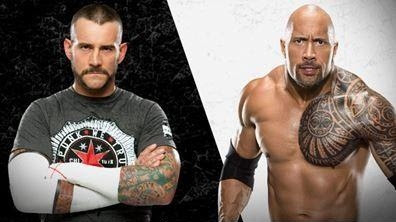 It seems to be that no one is looking at TLC and that everyone is looking ahead to the Royal Rumble and showdown between The Rock and CM Punk for the WWE Championship. I use to be a huge Rock fan in the Attitude Era but it is not right for him to come in and get the WWE Championship just on his Hollywood namesake. There are guys out there like Wade Barrett, Dolph Ziggler, Cody Rhodes, Antonio Cesaro, Daniel Bryan, Kofi Kingston, and The Miz need that title more and could gain a lot more from having it then The Rock could at this point. I also could see guys like Tyson Kidd, Justin Gabriel, Ted Dibiase, and Michael McGillicutty be a lot better off having that title then The Rock. I guess it is what it is and for now we must deal with it.I do appreciate that CM Punk has now been champ for 365 days now putting him in company with Hulk Hogan as having one of the longest reigns in history as WWE Champion. It’s kind of cool seeing one of my heroes now being mentioned in the same class as one of my heroes back then. It’s now 365 days and who knows if he beats Dwayne, it could be more.
Survivor Series gave us a clear indication of what to expect for the early part of 2013. It was a solid show but no shock value so therefore I will give it 6.5 out of 10. I think they could have done so much better then what they did. We need shock value, not the predictable.