After week 13 it’s really hard to even talk about football after the tragedy involving Kansas City Chiefs Linebacker Jevon Belcher and his girlfriend.A lot of people have had debates about gun control and domestic violence in this country. I will sum it up like this. A gun in the wrong hands of someone will lead to tragedy every time. I do believe in the right to bear arms and have a gun locked in your house but I do feel you should not be allowed to have guns in public. With that being said, my prayers are with the Chiefs and the families who have been effected by this tragedy. Here are my predictions for the week. As always my picks are highlighted in bold.

Here are the lines and odds from footballlocks.com 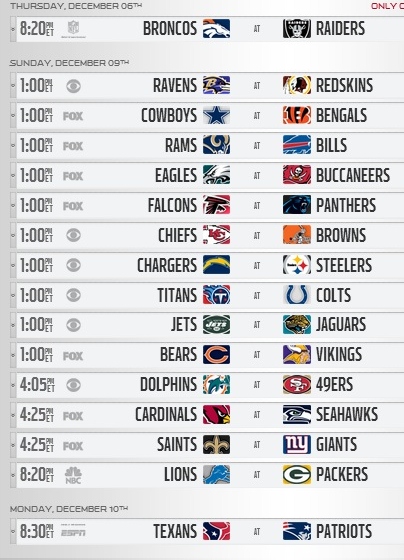