Tonight was the final pay-per-view for WWE and it determined where the WWE might be headed in 2013. The preshow match was a Diva’s Battle Royal in which Naomi won then we got to the show. The first match was Sin Cara and Rey Mysterio taking on Team Rhodes Scholars in a tables match. This was a good solid opener to the night in which you could sense that night might have some brutality. The match ended when Sin Cara attempted a spring board move from the top rope and Rhodes pushed to the outside through the table. The Scholars are the new number one contenders to the Tag Team Champions

Antonio Cesaro successfully defended his title against R-Truth and claims that no American can beat him. I like what Cesaro is doing and like the push he is getting. He is a future World Champion and I think you might see it in 2013. The other title match that was good was Kofi Kingston defending his Intercontinental Championship against Wade Barrett. I am a huge Kofi supporter but I believe Barrett needs a title to get some momentum going. Kofi Kingston retains but it’s only a matter of time before Barrett has some sort of title around his waste.

In between those two title match The Miz had MizTV and completely mocked 3MB. In the middle of all that 3MB poked fun of the Spanish commentators and Ricardo Rodriguez. This prompted Alberto Del Rio to come down and make the save. It was announced that 3MB would take on Miz, Del Rio and a mystery partner later on in the evening,

Next up was the 6-man tag between the Shield taking on Kane, Daniel Bryan and Ryback. This match was completely brutal and crazy. It resembled a crazy car wreck on the highway if you can picture that. The Shield won the match but it didn’t come without a price. Seth Rollins took a nasty fall off the ladder and on to the tables. He hit the back of his head on one of the tables that didn’t break. He was knocked out and looked completely out of it once the match was over. This was one of the sickest ladder bumps I have seen in a long time. It’s a good thing he wasn’t hurt even more seriously then he he was. The Shield took a beating but came out on top.

The Diva’s match calmed the crowd down as Eve retained the title against Naomi. Speaking of retaining titles, the Big Show retained his in a brutal chair match with Sheamus. The use of chairs was brilliant by both men in this match. Big Show kept on to his World Heavyweight title and in the process has had a legitimate title reign in the WWE. All I have to say is good for the Big Show because he deserves it after all the years he’s put in.

If you would have told me that the semi main event would have been 3MB versus The Miz, Alberto Del Rio and the Brooklyn Brawler I would have called you a moron. I honestly thought the third man would Zack Ryder because the fans were chanting for him all night. 3MB finally lost a match as a team but it was good to see them up against two caliber stars like Del Rio and Miz. I am kind of shocked at this face turn by Del Rio. I honestly did not see that coming and I am wondering if they are testing the waters because no one is buying into him being a heel anymore. I guess only time will tell to see what happens. I will be interested to see what happens with Del Rio and Miz in 2013.

In the Main Event Dolph Ziggler put his Money in the Bank briefcase on the line against John Cena and it was a good match but not main event material. The make a long story short Vickie Guerrero and AJ got involved. Once AJ took out Vickie she led us to believe Cena would win the briefcase but she tipped the ladder over when he was on it allowing Dolph to keep his briefcase. In my humble, opinion this was not a good way to end the show. I am a huge Dolph Ziggler fan but the last image fans should have saw is The Shield standing tall after their win.

If I was the creative team I would have had the Sheamus-Big Show match earlier and then have Dolph cash in after the match. Then the main event could have been for the World Title between Cena and Ziggler. For me, that would have meant a lot more then the briefcase. I am not thrilled with this pay-per-view because once again there was not a lot of shock value. It was not a good way to end 2012 for WWE. It also didn’t help that CM Punk was not on defending his title. I would rank this pay-per-view 5.5 out of 10. They tried to shock us but failed miserable. The next time the WWE is on pay-per-view is January 27th and it’s the Royal Rumble. The Royal Rumble kicks off the Road to Wrestlemania and my weekly series will be back once again as we build to Wrestlemania 29. Where will that road take us? Tune in to find out. 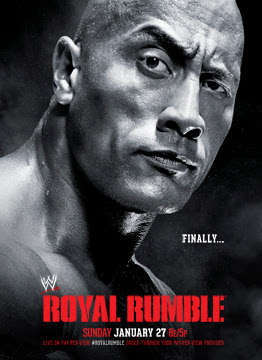