It has been a great season thus far with upsets, shockers and phenomenal games that have been played. Two teams from each conference remain. All four teams have unique things about their style of play that makes the m great. I think both games are going to be fun to watch next week. The road to the Super Bowl gets a little bit closer with the two conference title games. With that being said, here are my bold predictions

Well you can throw home-field advantage out the window because the Falcons played a very questionable game against the Seahawks. The Seahawks should not have come close against the Falcons but they did and  if it weren’t for a stupid call by Pete Carroll we’d be talking about the Seahawks against the 49ers. On the other side of things, the 49ers absolutely manhandled the Packers. Up until this year I had no idea where Colin Kaepernick came from or his background but I’ve done some research and one has to ask the question…how in the hell did he not get picked up sooner and by a team who needed a QB. There is no doubt about this prediction, the 49ers are better on both sides of the ball and they will be headed to New Orleans for the Super Bowl.
AFC Championship

I don’t want to say that New England isn’t fighting for anything because they are fighting to prove that they can still hang in the AFC and not lose every time they go to the Super Bowl now. However the Ravens have one inspiration that’s keeping them going and that is Ray Lewis. The Ravens are fighting their hearts out to get Ray Lewis one more Super Bowl. I am having a hard time with this game because You have so many great players from each team. Brady is a legend for the Patriots, and Lewis is a legend for the Ravens. I think that will be a fun matchup to watch. My mind is telling me to go with the Patriots but my heart is going with the Ravens. I am going with my heart and going with the Ravens who will also be making a trip to New Orleans.
I guess with that being said and if my predictions are right the Super XLVII will be the San Francisco vs. Baltimore Ravens. The Super Bowl will take place on February 3rd and will be held at the Mercedes-Benz Superdome in. New Orleans(CBS, 6:30 p.m. ET) 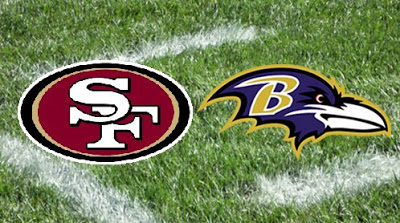 In the bigger picture of things if this game does happen it will be the first time that two brothers will be coaching each other in the biggest football game of the year. It would be Jim Harbaugh vs. John Harbaugh. Two completely different coaches and human beings but have led their respective teams to greatness. 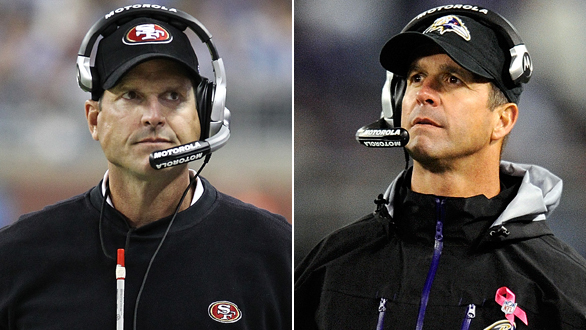