This Sunday is the Royal Rumble which means the Road to Wrestlemania begins. This Sunday is going to be off the charts and the card looks really solid and stacked to the top. The Royal Rumble is my favorite pay-per-view of the year and has been since I’ve watched wrestling as a kid. There have been a lot of great moments in the Rumble and with that being said I am going to predict some more. 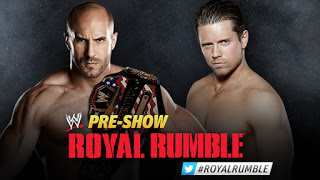 United States Championship Match: Antonio Cesaro (c) vs. The Miz
First off, I am pretty mad that match is not a pay-per-view match because it should be. Fortunately for fans of both men you will be seeing them in the Royal Rumble match. The Miz is becoming a huge face and I think it’s his time to hold a title again. Cesaro has had a good run as US Champ but I believe The Miz will get back to being in the spotlight. 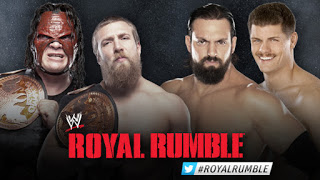 WWE Tag Team Championship Match: Team Hell No (c) vs. Team Rhodes Scholars
I can honestly say that Team Hell No has been the one great thing that WWE has done in the last 6 months. They are very entertaining and fun to watch. They have held the titles for quite some time now but as much as I love this team I have a feeling Damien Sandow and Cody Rhodes will become the new tag team champions. Even if this does happen I hope Team Hell No remains intact. 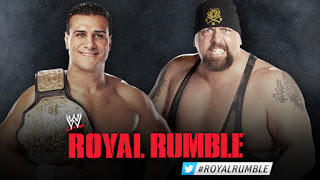 World Heavyweight Championship Match: Alberto Del Rio (c) vs. Big Show
Del Rio won the title in a Last Man Standing match and now has to defend it in the same type of match. I really enjoyed the fact that Show got a legit title run and not some run that lasted less then a month. I honestly think they are trying to get Del Rio to the level they couldn’t get Mysterio or Guerrero even though I think both men were so much better then ADR. It is well known that WWE caters to the Hispanic viewers so I look for ADR to retain the title. Once this match is over, keep in mind their is still a briefcase that needs cashing so you never know how that could effect things. 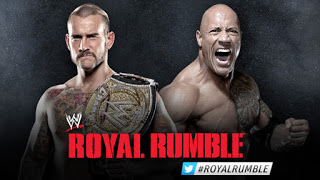 WWE Championship Match: CM Punk (c) vs. The Rock
It started at Raw 1000 and it ends at the Royal Rumble. I am glad that The Rock is starting to show a serious side to himself and really hope that this match is better then The Rock and John Cena. CM Punk has held that WWE Title for over 400 days and I honestly will be sad when it comes to an end at the hands of The Rock. That’s right, I truly believe 100 percent that The Rock will become the new WWE Champion and hold onto it until Wrestlemania 29. 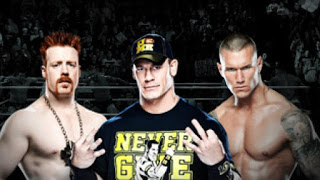 Royal Rumble Match
It seems like every year the first three men who announce their entry into the Rumble end up winning it. Sheamus, John Cena and Randy Orton are those three. I’d really like to see a swerve and have someone totally unexpected to win it all. I don’t think that will happen. I believe the last man standing will be John Cena and he will go on to compete for the WWE Championship against The Rock at Wrestlemania 29. The official Royal Rumble Participants are:
John Cena
Sheamus
Randy Orton
Dolph Ziggler (has to choose between No. 1 or No. 2)
3MB (Heath Slater, Jinder Mahal and Drew McIntyre)
United States Champion Antonio Cesaro
Intercontinental Champion Wade Barrett
The Miz
Ryback
Tag Team Champions Team Hell No
The Great Khali
Kofi Kingston
The Prime Time Players
Also the night before the Rumble, WWE’s developmental will hold an eight man tournament with the winner getting an entry into the Royal Rumble Match. 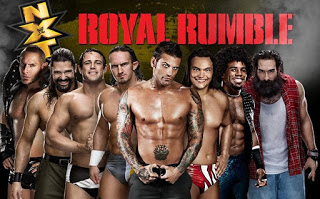 The Participants of this tournament are Corey Graves, Oliver Grey, Luke Harper, Xavier Woods (Consequences Creed from TNA), Conor O’Brian, Adrian Neville, Bo Dallas, Leo Kruger
So officially 18 men are entered into the Royal Rumble Match. I will be curious to see who wins the NXT tournament and if they are any surprise entrants into the Rumble. It’s going to be a good show, and solid lineup of matches. Tune on Sunday at 8pm to find out how the Road to Wrestlemania 29 will begin. It’s time to Rumble! It’s time for the Royal Rumble!
Please Share This