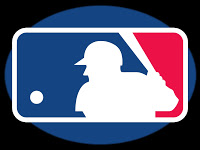 Well it feels like it’s been more then two weeks since I last posted on the transactions in baseball. There has still been wheeling and dealing going on. With Spring Training right around the corner teams are going to looking to pick up whoever they can for the least amount of money. With that being said here is whats gone down the last couple of weeks.

-Boston Red Sox agreed to terms with 1B Mike Napoli on a one-year contract.

-Arizona Diamondbacks traded OF Justin Upton and 3B Chris Johnson to Atlanta for INF Martin Prado, RHP Randy Delgado, RHP Zeke Spruill, SS Nick Ahmed and 1B Brandon Drury.
With Spring Training coming up this will be my last post because the deals are dying down. However I’d like to say that with all the moves that have been made there is one team that is a serious threat this year and that is the Toronto Bluejays. Here is how their team looks this coming year.

Right Field: Jose Bautista
Designated Hitter: Adam Lind
On the Bench: Maicer Izturis, Mark DeRosa, Rajai Davis
To be honest with you, I could see this team winning the whole thing. They have a balance of young guys and veterans, and the combination of speed and power. I am looking forward to seeing how this does in 2013