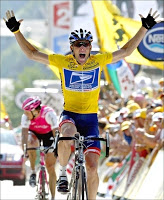 Over the last 24 hours since Lance Armstrong admitted to his use of PEDs I have seen a lot of bashing, and harsh things said about him. The one question that maybe should start being asked is are the doctors of these athletes guiding them towards the use of steroids. There are three examples that I can think of that really make me ponder this question.

The first person I would like to mention is Brian  McNamee who was the trainer of Roger Clemens, Andy Pettitte and other. McNamee admitted to injecting Clemens and Pettitte with steroids which led to a monumental government wasting money trial of Roger Clemens. Both men went back and forth at each other but in the end Clemens was not found guilty of anything. In the process, it ruined Clemens chances at the baseball hall of fame, ruined his friendship with Pettitte and proved that there was a huge problem in baseball for a long time. McNamee was not the only trainer helping baseball players get their hands on steroids. Greg Anderson, the trainer for Barry Bonds has spent multiple stints in jail for taking the fall for Bonds. Bond also had an expensive trial that didn’t end up anywhere. He received an obstruction of justice charge and a slap on the wrist while Anderson still serves a jail sentence.

Before I make my final suggestion here is a list of notable athletes who have been caught or highly suspected of using steroids or PEDs.

The last part of those lists bring me to my last point. Dr. Phil Astin was the doctor of WWE star Chris Benoit who in 2007 killed himself and his family due to multiple concussions and reports of steroid use. Benoits home was searched and authorities found steroids. The same can be said of Dr. Astin’s office. They found record showing that he was prescribing steroids to Benoit. A lot of people also believe that Eddie Guerrero’s death in 2005 was steroid related along with his past issues with drugs and alcohol.

These examples lead me to believe that these doctors must get paid by the supplier and the athlete for the steroids. They probably figure they will make a lot of money and never get caught. Before we go around bashing Lance Armstrong and other athletes maybe we should be asking what these doctors are telling these athletes when they are giving them the steroids. An even bigger question why the United States Government is not going after the suppliers of these steroids.

I know these athletes are grown adults and can make their own decisions but how do we know that the doctors or trainers they see are giving them the wrong advice? You have to know by now how bad steroids can be for a person. Look at how bad of shape some of these past steroid users are in. Guys like McGwire, Hogan and others look horrible and some of them have so many problems with  their bodies now. It shouldn’t be the athletes the justice system goes after, it should be the doctors and suppliers as well.

The question will continue to remain, do doctors guide athletes towards taking steroids and if so why are they doing so? And what’s the incentive for these doctors doing so?