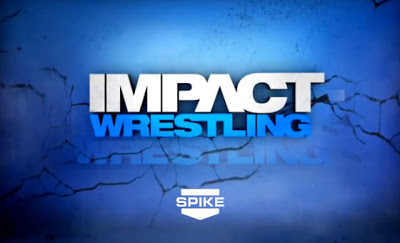 Earlier this week it was announced that TNA Impact Wrestling would be holding two special tapings on January 12th which is the night before Genesis. Each taping will be three hours long and will focus on two different subjects. When I read about these I got super excited because it’s going to feature stars from the past, present and the future. I was particularly excited about the first show I heard about.

The first show they will be taping will be called “TNA Wrestling: X-Travaganza.” This show will feature an  Ultimate X Match, and an X-Scape Cage Match. One match has been announced and it will be Rob Van Dam vs. Jerry Lynn as part of Lynn’s farewell tour. If you’re an old school TNA fan from when it first started you will be happy to know that Petey Williams, Amazing Red, Matt Bentley and Jimmy Rave will be making their returns on the show. Whether or not they stay is remains in question but I am excited to see some old faces. I hope that management realizes that heart of TNA was and still could be the X-Division. I still think the greatest match in TNA history was the X-Division Title match between Samoa Joe, AJ Styles and Christopher Daniels. It really put TNA on the map as having caliber matches and delivering results. It’s time for the X-Division to shine again and this could be the perfect opportunity for it to start letting it shine again.

The second show will be the “TNA Wrestling: Jokers Wild Tag Team Tournament” This show will be a tag team show featuring random tag teams. There will be 12 teams competing  with the winning teams advancing to a 12-man gauntlet match to fight for an ultimate prize of $100,000. The wrestlers that have been confirmed so far include Bobby Roode, Christopher Daniels, Rob Van Dam, James Storm, Samoa Joe, Joey Ryan, Jessie Godderz, Matt Morgan, Robbie E, Mr. Anderson, Robbie T, Chavo Guerrero Jr, Hernandez, Zema Ion and Doug Williams. There are nine spots left for this tournament and I will be curious to see who else will be in it.