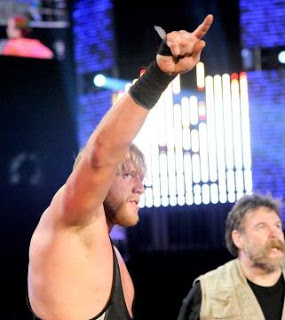 Tonight at the Elimination Chamber it was the last big stop on the Road to Wrestlemania where a lot of big things were determined. The first thing that was determined was the World Heavyweight Championship and your champion headed into Wrestlemania 29 is Alberto Del Rio. That was a result of making the Big Show tap out.

Speaking of champions, the United States Champion Antonio Cesaro had another great match with The Miz who was all bandaged up from being attacked on Monday. It was a good back and forth encounter until Miz  got DQ’d for unintentionally low blowing Cesaro. I have a feeling this feud is far from over and will be headed straight into Wrestlemania 29.

As far as people heading into Wrestlemania 29, none more shocking the the Elimination Chamber. The Chamber match started off with Daniel Bryan and Chris Jericho which was a continuation if Monday. Jack Swagger entered 1st, Kane 2nd, Orton 3rd and by the time Mark Henry entered 5th everyone was still left until he eliminated Daniel Bryan and Kane. Orton eliminated Henry and Jericho but what came next was shocking. Jack Swagger rolled up Orton for the victory and the right to be called number one contender to Alberto Del Rio’s World Heavyweight Championship. I personally love this move because no one saw it coming and it’s going to be an American vs. a Mexican. I have a feeling their will be a lot of racial things in this feud and a lot of cat and mouse games between Zeb Coulter and Ricardo Rodriguez.

The number one contender to the WWE Championship is John Cena and he teamed with Ryback and Sheamus to take on The Shield. This match had fuel and fire from the beginning. It was back and forth the whole time and I have to say Roman Reigns had his breakout performance tonight since he’s been on the Main Roster. He took out Sheamus and help Seth Rollins pin Ryback. Cena’s fate is sealed for Wrestlemania but as for Ryback, Sheamus and The Shield no one knows what will become of them.

One person that has a fate but we don’t know what it is, would be the Dolph Ziggler. He holds the Money in the Bank briefcase but tonight he defeated Kofi Kingston in a highly competitive contest. The Diva’s title match was also very competitive between champion Kaitlyn and Tamina Snuka. I am really glad that WWE has put the title on another noteworthy Diva with beauty, muscle and skill. You know there will be a Diva’s match but we will have to wait to see what it is.

The Main Event was the rematch from the Royal Rumble with The Rock defending his stolen WWE Championship against the main who had it in his possession CM Punk. This match was awesome because of the psychology and the fact if The Rock lost by DQ and count out he would lose the title. This match had some twists, turns and referee’s getting taken out. In the end it was a miscue by Punk and Heyman that led to  The Rock’s victory and his spot in the Main Event at Wrestlemania 29.

This was a solid effort to build up to Wrestlemania and it actually had some shock value to it with Swagger winning the Chamber match. As of right now it looks we will have Jack Swagger vs. Alberto Del Rio for the World Title and John Cena challanging The Rock for the WWE Title. Keep staying tune to the Road to Wrestlemania 29 to see what matches are made and how the storylines progress. Metlife Stadium we are in full throttle mode and full steam ahead. It’s Wrestlemania! 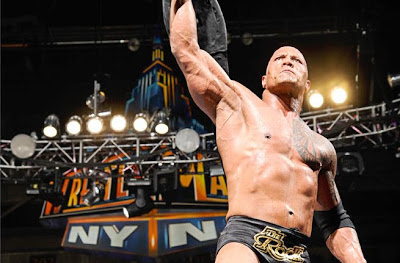