From the beginning of Hollywood’s World of Sports, I have always made it a point to discuss the real life aspects of pro wrestling whenever it comes up as a topic.  This past week, Jack Swagger was arrested on DUI and possession of marijuana. This was coming off the heels of his shocking Elimination Chamber win and his controversial promo on Monday that’s got everyone talking. He had wins over Daniel Bryan on Raw and Randy Orton on Smackdown. No one knows what will become of Swagger, because WWE has not released a statement of any kind. I guess we will have to wait until Monday to see what happens. As far as Alberto Del Rio goes, he defeated Dolph Ziggler on Raw and Wade Barrett on Smackdown.

In regards to the WWE title picture, we originally thought it was going to be John Cena and The Rock but CM Punk talked himself into a match with John Cena next week on Raw. This was not the last we would see of CM Punk and Paul Heyman.

Paul Heyman was out in the ring with Vickie Guerrero and Brad Maddox when Vince McMahon appeared on the screen to notify Heyman that the two of them will be in a fight next week on Raw. This will no doubt be the set up to the rumored match of Triple H and Brock Lesnar. The other acquaintances of Paul Heyman were also in action in a six man tag. The Shield took on Chris Jericho, Ryback and Sheamus. They captured victory in their first live television match. I will be curious to see where the Road to Wrestlemania ends up for The Shield and the three men they faced on Raw.

There are a lot of questions for a lot of guys headed into Wrestlemania. Guys like Wade Barrett, Antonio Cesaro, The Miz, Team Hell No, Kofi Kingston, and many more. Even a guy like the Big Show who was featured on the full hour of Main Event doesn’t have any set storyline yet for Wrestlemania 29. 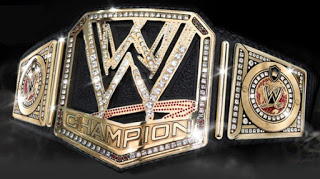 At the end of Raw, The Rock revealed the new WWE Championship after eight long years of having John Cena’s Spinner Championship. The Rock claimed that this is a title that everyone could be proud of and said he knew who he wanted to face at Wrestlemania. Before he could say who he wanted to face John Cena’s music hit and out he came to confront The Rock. Before Cena could make his way to the ring, CM Punk attacked him with the old WWE Championship that Cena created. Punk then pointed to The Rock and said, “I want that one.” He was referring to the new WWE Championship belt. Rumor has it that CM Punk is scheduled to face The Undertaker at Wrestlemania 29 if Taker agrees. If Taker doesn’t agree to work Wrestlemania 29, I will be curious to see what direction they go with Punk. 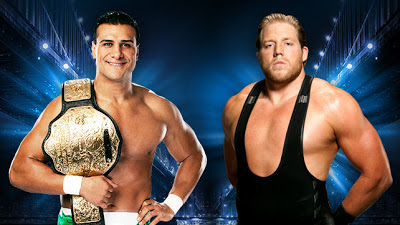 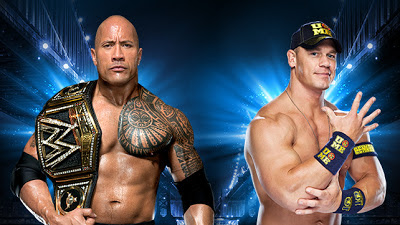 WWE Championship
The Rock (c) vs. John Cena
It was also announced that next year’s Wrestlemania 30 will be held in the Mercedes-Benz Superdome in New Orleans on April 6th. Keep checking back for more matches that are announced. As always, check back on the weekends to read the Road to Wrestlemania 29 weekly recaps.