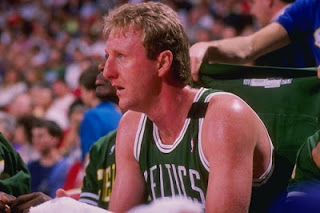 Today I am celebrating my birthday. While I could not find anything that happened in 1985 I did find some notable things that have happened on February 4th before and after I was born.

1932 – The first Winter Olympics in the USA opened at Lake Placid, NY. The games were opened by New York Gov. Franklin D. Roosevelt.

1952 –The late great Jackie Robinson was named Director of Communication for NBC. He was the first black executive of a major radio-TV network.

1969 – The Madden Era was born when John Madden was named the head coach of the NFL’s Oakland Raiders. Now we see a Madden game every year.

1970 – The pair that split the Beatles John Lennon and Yoko Ono gave a Michael X a bag of their cut hair in return for a pair of genuine Muhammad Ali boxing shorts.

1973 – Surprisingly the New York Islanders and the Buffalo Sabres played an entire game with no penalties called.

1997 –Justice was served in a way on this day when a civil jury in California found O.J. Simpson liable in the death of his ex-wife Nicole Brown Simpson and Ron Goldman. Goldman’s parents were awarded $8.5 million in compensatory damages.

1997 – Hockey Legend Mario Lemieux from the Pittsburgh Penguins scored his 600th National Hockey League (NHL) goal during his 719th game. Lemieux reached the milestone second fastest in history. Only Wayne Gretzky had reached the plateau during his 718th game.

2001 – Wasted away in Margritaville, Jimmy Buffet was ordered by NBA referee Joe Forte to give up his courtside seat due to the use of profanity. After a several-minute delay, the game between the Miami Heat and the visiting New York Knicks continued. Some people say that the Knicks are to blame but I know it’s the Heat’s fault.

2002 – The Twins almost lost their home but Minnesota’s Supreme Court refused to consider an appeal by the Minnesota Twins of an injunction that would force the Twins to fulfill their lease at the Metrodome.

2003 – Jaromir Jagr from Washington Capitals scored his 500th career goal. He also got his 11th career hat trick in the game.