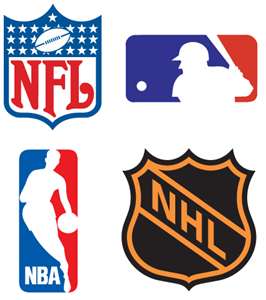 Earlier this week NASCAR driver Denny Hamlin was fined 25 thousand dollars for criticizing the new Gen-6 car. He said he liked the old cars better. Vice President of Competition Robin Pemberton says that Hamlin crossed the line and should not be slamming the product. Hamlin said he will not pay the fine and ultimately risks suspension.

So many times in sports, anytime a coach or player criticizes the officiating or the way the game is played, they get fined. By fining an athlete an amount of money and punishing them for their opinion, wouldn’t that be a violation of the First Amendment? The First Amendment states, “Congress shall make no law respecting an establishment of religion, or prohibiting the free exercise thereof; or abridging the freedom of speech, or of the press; or the right of the people peaceably to assemble, and to petition the government for a redress of grievances.”  (http://www.law.cornell.edu/constitution/first_amendment)

“The most basic component of freedom of expression is the right of freedom of speech. The right to freedom of speech allows individuals to express themselves without interference or constraint by the government. The Supreme Court requires the government to provide substantial justification for the interference with the right of free speech where it attempts to regulate the content of the speech. A less stringent test is applied for content-neutral legislation. The Supreme Court has also recognized that the government may prohibit some speech that may cause a breach of the peace or cause violence. For more on unprotected and less protected categories of speech see advocacy of illegal action, fighting words, commercial speech and obscenity. The right to free speech includes other mediums of expression that communicate a message. The level of protection speech receives also depends on the forum in which it takes place.” (http://www.law.cornell.edu/wex/first_amendment)

It would be an issue if an athlete threatened a fellow athlete, coach or official, but in Hamlin’s case, he was accused of slamming the product. The drivers of NASCAR are the product, just like any other athlete is the product of their sport. If Denny Hamlin does indeed get suspended would he have legal right to take this to court? From a logical point of view, I would say yes, he could. He was voicing his opinion and got punished for expressing himself. That would be like if a citizen spoke against our President’s decisions and were thrown is jail. It shouldn’t and wouldn’t happen.
A perfect way to resolve this is to have the referees in each sport have their own press conference after each game to hold themselves accountable for any mistakes they made. The other alternative is the refs to meet with the coaches privately to express any grievances or complain. The final alternative is to have the commissioner of each league whether it be the NBA, MLB, NFL or NHL answer any questions regarding officiating or how the game is played on a weekly basis.
Athletes should not be punished for their opinion. They are not hurting anyone, they aren’t threatening anyone and in the ends they are ones directly effected by how the games officiated and how the officials conduct themselves. In Denny Hamlin’s case the way the cars are setup directly effects him and other drivers. So why shouldn’t he have a say? He’s voicing his concerns about the product the he is a huge part of.
Punishing an athlete for their opinions and concerns is a huge violation of the First Amendment. I know there are details in the contracts on how you are suppose to address the media but no where in those contracts should it ever allow to limit an athletes freedom to express themselves. I think an athlete should be respectful to the media and conduct themselves in a professional manner but under no circumstances should they ever be punished for voicing there concerns over how a sport is played and officiated.
As of this writing, Denny Hamlin still refuses to pay the fine and will appeal it. The NASCAR rulebook states if a fine isn’t paid a driver could be suspended or have the money taken out of you earnings at the end of a race.
Please Share This