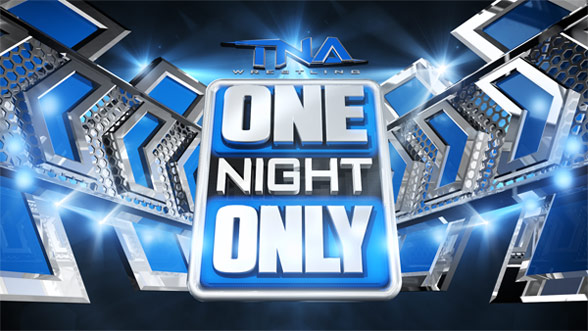 Earlier this week TNA Impact Wrestling announced more dates for their One Night Only themed pay-per-views. These shows are the some of the last shows that will be held at the Impact Zone as TNA is taking it’s show on the road to a new location every week. Here are the only following dates and times for the special tapings:

1:00pm – TNA Knockout Knockdown: TNA Crowns the true “Queen” of TNA
7:00pm – TNA 10 Reunion: Celebration of the stars from the first 10 years of TNA all competing in the squared circle

I like the idea of the themed One Night Only shows but I think having the shows being aired 6 months after they are taped is a bad move, especially if they are charging 15 dollars for them. These shows need to be on free television since there is only four big pay-per-views a year now. Moving out of the Impact Zone completely is another huge mistake. They should atleast have one show a month their considering it’s those fans and their reactions that make the show what it is.
TNA is going to have an interesting year in 2013 with all these changes and I have a feeling this year will be the year TNA breaks through and make it or falls like WCW did. Stay tuned because business is about to pick up.
Please Share This