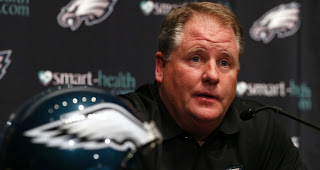 On  January 16, 2013 Chip Kelly accepted an offer to become the head coach of the Philadelphia Eagles. In weeks leading up to this he kept on saying that he would remain as the head coach for the Oregon Ducks. It’s three months later and I have finally come up with the words on how I feel about this subject.

Coaches who are thinking about going pro just need to be honest. They say they don’t want to be a distraction so they deny it by saying they are staying with their respective university. They might not be a distraction but their decisions cause a lot of problems. Think about it from this point of view. Let’s say that you are an athlete being recruited by Oregon University and one of the reasons you want to play there is because of the coach. The athlete meets with coach and likes what he sees and hears. The coach decides to leave for another position and now the recruit doesn’t want to play for Oregon  I don’t these coaches realize how much damage they really do to these universities. It really hurts the recruitment process and more importantly it costs the school money to start up new negotiations with a new coach. That is money that the university could have used towards something more important.

I respect what Chip Kelly did for Oregon University but don’t sit there and say one thing and do another. If a college coach is thinking about going pro the come out and say it. Be honest with the staff, the players and possible recruits. Chip Kelly was the coach of Oregon for four years. In that time he accomplished a lot including two trips to the Fiesta Bowl, a trip to the Rose Bowl and played for a National Championship. It’s hard to fill those shoes. Chip Kelly is not the only one who has bolted to the NFL after denying that he was doing so.

I wish Chip Kelly all the best in his role as head coach of the Philadelphia Eagles but just because they are successful in college doesn’t mean they will be in the pros. Will he be added the list of names like Saban, Spurrier, Carroll, and others or will he prove to be an exception? Only time will tell.