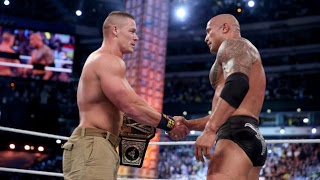 Tonight was the Super Bowl of pro wrestling, a pro wrestling holiday, and the showcase of the immortals. Wrestlemania 29 kicked off with an hour long preshow. The pre-show featured the Intercontinental Champion Wade Barrett defending the title against The Miz. This was a great match that should have been on the main card. These two are definitely main event caliber performers who should be in the World Title picture. The Miz won the title to end the pre-show headed into Wrestlemania.

The first match of the night was The Shield taking on the team of Sheamus, Randy Orton and Big Show. The opening match was fast pace. The Shield paid their dues in this match. Towards the end of the match Sheamus and Orton refused to tag in Big Show which ended up costing them. After The Shield left Big Show knocked out both Orton and Sheamus and walked to the back.

A lot of people didn’t have high hopes for Ryback and Mark Henry. It wasn’t a bad match but it wasn’t an epic match either. It is very hard to have a great match with two big men that are powerhouses. It was better than Goldberg vs. Lesnar but not better than Warrior vs. Hogan. Mark Henry won the match but Ryback gave Henry the Shell Shock.

The first title match of the evening was Team Hell No defending their titles against Dolph Ziggler and Big E. Langston. Langston had a great debut and showed what a true powerhouse should be. Ziggler and Bryan are two of the best in ring performers that WWE has and they had good sequences every time they were in the ring together. Kane and Langston also had good sequences. In the end, Daniel Bryan paid homage to Chris Benoit and Dynamite Kid by doing a diving headbutt to win the match.

I am going to blunt about this next match. Fandango who use to wrestle as Johnny Curtis had no business being on Wrestlemania. This was by far was one of the worst Wrestlemania matches that I’ve ever seen in my life. When I think of Y2J I think of his Wrestlemania matches with CM Punk, Triple H and Shawn Michaels. I will be erasing this one from memory bank and if Jericho was smart he would too. How the hell do you put Fandango over after a match like that?

After that disaster of a match we were treated to a great story and a great technical wrestling match. Del Rio and Swagger really the upper card going. I thought these two did a great job telling their story and getting both Zeb and Ricardo involved. There were a lot of counters but in the end Del Rio made Swagger tap to the cross arm-breaker.

The match of the night was CM Punk vs. The Undertaker. There was so much symbolism in this match. The fact that Punk was wearing Undertakers colors of grey, purple and black. Also watching Paul Heyman clutch the urn and talk to the urn was a little creepy. This match was such a great body of work. Undertaker proved he can still go and Punk looked very strong in this match. In the end, despite CM Punk’s awesome performance The Undertaker came out with a victory and extended his streak to 21-0. If this was Undertakers last match then he went out on a high note. CM Punk is still the performer on the roster and this match proved why.

Triple H and Brock Lesnar took it to another level tonight then they did at Summerslam. Having Shawn Michaels involved in the match really added to the drama of it. A lot of people haven’t liked the last few matches Triple H has had because they have been slow paced. Triple H knows how to tell a story. He is very slow and methodical in his style. Triple H brought his best to the table as did Lesnar but the final result ended with Triple H giving the pedigree to Brock Lesnar on the steel steps.

The Main Event was redemption vs. greatness and each man got what they wanted out of it. This match was a lot better then their first encounter at Wrestlemania. The Rock walked into the match as WWE Champion and John Cena the determined challenger. I honestly am not a huge fan of either person but it made more business sense for John Cena to regain the WWE Championship at Wrestlemania 29. I love the ending and the show of respect both men had for each other. The final image going off the air was Cena at the end of the ramp holding the prestigious WWE Championship in the air.

I would give Wrestlemania 29 7.5 of out 10. The under-card was not as good as it could have been. Fandango vs. Chris Jericho made the whole under-card look terrible. I was also unhappy that WWE wasted about 20 minutes worth of video packages and a performance by Diddy. In those 20 minutes you could have had the 8 person mixed tag that got nixed and a spot for the United States Champion Antonio Cesaro.

The main card was excellent and fun to watch. It’s great to see the art of a classic pro wrestling match coming back to the forefront. At Wrestlemania 29 everything was left in the ring. Legends were made, careers were immortalized and heroes came home. The Rock fulfilled his greatness and passed the torch to John Cena which allowed for Cena’s redemption.

Wrestlemania 29 came home and gave home a pretty decent show. Next year Wrestlemania 30 will be held on April 6, 2014 at the Superdome in New Orleans. It will be 30 years in the making. Until then, enjoy what you saw this year because Wrestlemania 29 had a lot of memorable moments. 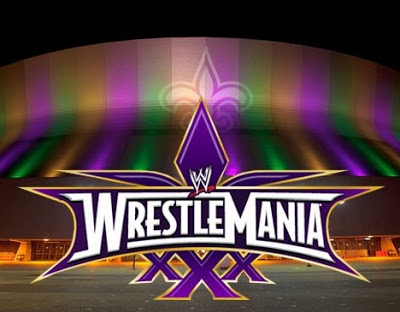