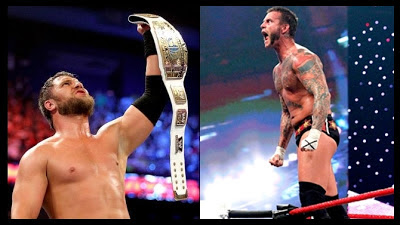 Tonight was the WWE Payback Pay-Per-View and I am not one talk about how good a WWE Pay-Per-View is but for not being one of the big four it was a great show to watch. The night kicked off with the triple threat match for the WWE Intercontinental Championship match between Wade Barrett, The Miz and Curtis Axel. This was a great way to kick off the night. The match itself was really solid with all three men getting their spots in. I really love the ending of Miz putting Barrett into the figure four allowing Axel to pin Barrett and capture the gold. I have been a huge fan and support of Joe Hennig since his first match when he teamed with Ted Dibiase in 2007. I always thought he had the skill and the attributes his father had. He may not be Mr. Perfect Curt Hennig, but Curtis Axel definitely deserves the spotlight.

The Divas title match was one of the best Divas matches I have seen in a very long time. AJ and Kaitlyn have this chemistry about them that makes them work so well in the ring. Their chemistry reminds a lot of what Trish Stratus and Lita had in the ring together. In the end, the chemistry and storyline paid because AJ Lee became Divas champion.

This show should have been Night of Champions Part 1 because all the titles were on the line. Dean Ambrose defended his United States title against Kane. This was a solid match, and probably the least exciting match of the night which is hard to say, because it wasn’t a bad match at all. I am glad Dean won by countout to keep Kane’s character strong and keep his momentum going.

Speaking of momentum and how it be gained or lost. Dolph Ziggler lost the World Heavyweight Title tonight from Alberto Del Rio. The question is, did Dolph Ziggler get hurt legitimately hurt or was it part of a storyline? I honestly believe that Ziggler did get hurt in the middle of the match and the referee called an audible to have Del Rio win. The only reason I say this is because of Ziggler’s reaction after the match.  He was clearly upset and crying due to his frustrations about being injured again. If this was a storyline then it could be one of the best double turns in WWE history because the Chicago crowd booed the hell out of Del Rio after the match. Only time will tell to see how this plays out.

Speaking of the Chicago, did CM Punk blow the roof off of that building or what? I loved the fact that Punk wore Chicago Blackhawk trunks supporting his team that is in the NHL finals right now. CM Punk and Chris Jericho have always had classic matches and I think this one might rank right at the top of the list. There are many times that I didn’t know who would win just because Chris Jericho is not someone to be put over lightly. In the end, Chicago Made CM Punk won the match and won the hearts of his hometown people.

When you talk about winning the hearts of the people, no one has done that more in recent weeks then Daniel Bryan. He and Randy Orton  took on The Shield for the tag team titles and as always The American Dragon lit it up. I had a feeling The Shield would retain the titles just because bigger things are coming for Daniel Bryan. I think he’s wrestling like he wants to be WWE or World Champion once again. We will see how the summer plays out for the Worlds Toughest Vegan.

The summer looks looks crystal clear for John Cena because tonight he retained his title in a Three Stages of Hell match against Ryback. The match accomplished what it was intended for because there is no way that these two could have a one on one match and keep it interesting. These two need stipulations in their matches to keep it entertaining so my hats off to Vince for doing what he had to do.

WWE Payback was a really good show for not being one of the big four. Then again WWE couldn’t afford having a horrible show in Chicago. That crowd will make you or break you in one night. Philadelphia is another crowd that will make or break you and thats where WWE will be for their next Pay-Per-View on July 14th. On that night one superstar will be making his return in an extreme way…..

Tonight we saw Payback in Chicago, but next month we see the future WWE and World Champions being made at Money in the Bank. Only time will tell to see who carries those briefcases and how Rob Van Dam will impact the WWE once again!
Please Share This