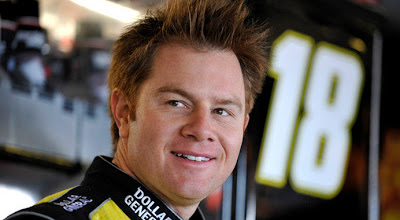 This past week, Jason Leffler died after a horrible crash at Bridgeport Speedway in Logan Township, New Jersey. Jason Leffler was a well-rounded driver racing in the Indy Car Series, Truck Series, Nationwide Series and Sprint Cup Series. He was inducted into National Midget Auto Racing Hall of Fame in 2003. Jason Leffler was a natural when it came to racing, but his death racing on a short track is going to have an impact on NASCAR and its drivers.

I don’t want to sound insensitive or make light of Leffler’s death, but because of his death, I could see NASCAR team owners being more hesitant to let their drivers race outside of the NASCAR circuit. There a lot of times a NASCAR driver like Tony Stewart or Kyle Busch will race at a local track in whatever state they are racing in on that given week. I could very easily see NASCAR owners putting something in a their driver’s contract stating they are not allowed to race outside of NASCAR. I don’t want to put a dollar amount on a human being, but here is an example of what I am talking about from a potential owner’s point of view. Let’s say that Kyle Busch goes to Berlin Raceway in Marne, Michigan, like he used to every June. How big would the ramifications be if Kyle Busch were seriously injured or killed in a crash at a non NASCAR race?

The ramifications would have an effect on Joe Gibbs Racing, Kyle’s crew, and the entire 18 team. I do not want this to sound like I am saying that Jason Leffler’s death is going to be the reason that the stars of NASCAR won’t race at local tracks anymore. Some owners like Rick Hendrick won’t allow his drivers to race outside of the NASCAR circuit, but he does allow them to make appearances at local tracks. This is what it might come to, because owners are going to say that NASCAR may have their safety in order but the average local track might not.

None of this matters to a lot of people, because a five year old boy lost his father because of something he loved doing. However, you have to look at the reality of it. NASCAR drivers make a lot of money and their owners pay them a lot of money, so it’s an investment that the owners have to look out for.

Jason Leffler was 37 years old. He was liked and respected by many in NASCAR and will be missed. He was a three time USAC National Midget champion (1997, 1998, 1999). My thoughts and prayers go out to Jason Leffler’s family and friends.