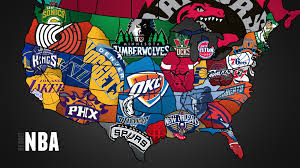 It’s been a busy offseason so far so here we go. As alway please remember that I only report trades and signings that have been made official and the ink has dried on the contract. So here we go

Check back at the end of the month for any more wheeling and dealing their are still some notable free agents out there including Derek Fisher, Richard Hamilton, Elton Brand, and Brandon Jennings. These are just a few of many still left out there so stay tuned and check back on the 15th and 30th/31st each month until the NBA season begins.
Please Share This