Tonight was the annual Money in the Bank Pay-Per-View and I have to tell to that my initial reaction is that it was awesome from opening to close even the pre-show match for the WWE Tag Team Championships. The Shield defeated the The Uso’s to retain the Tag Team Championship gold in the pre-show. The first match of the night was the World Heavyweight Title Money in the Bank Ladder Match. Six out of the seven guys in this match have never held a World Title so it was nice to see the spotlight being put on the future of the company. Each superstar had their own unique highlights in the match and Dean Ambrose even had help from The Shield. However the biggest shocker was watching Damien Sandow turn on a bloody Cody Rhodes to win the Money in the Bank Briefcase. I think the fact that Rhodes was bloody made the turn even better than it was originally suppose to be. It is not the last time we should blood in the evening.

Philadelphia is Paul Heyman country and the fans were going to give him a great reaction. He came to the ring with Curtis Axel for his match against The Miz. Heyman got kicked out and it made for a great one on one match between the two combatants. Axel found a way to wiu and hold onto the prestigious Intercontinental Title. This was not the last we saw from Axel or Heyman during the show.

I’ve said it before and I will say it again, AJ Lee and Kaitlyn are this era’s version of Trish Stratus and Lita. They both have great chemistry together and have put on some of the best WWE Diva’s matches in quite sometime. AJ Lee keeps her momentum going by the retaining the Diva’s title but I believe this feud is going to be going for a long time.

It was great to see Ryback get a good match with Chris Jericho tonight. I am liking where the Ryback character is going because it is adding a different dimension and dynamic to he is. All this time we have seen this indestructible machine but now we are seeing different things from him. If someone would have told me that Ryback would have won with a rollup I would have called you crazy.

My least favorite thing about the pay-per-view wasn’t even a bad thing. I am not sure where there storyline is going with this but I don’t agree with not putting the World Heavyweight Championship back on Dolph Ziggler. I get they are breaking up Dolph and AJ with Big E. Langston being involved but it should have been done differently. Alberto Del Rio gets no reaction as a heel and just isn’t doing the title any favors right now.

For once, John Cena was not in the Main Event of a pay-per-view. If you’re asking why, it’s because his matches are boring, and they always end the same. Mark Henry was just there to be another opponent for Cena. Cena’s real feud will start soon and build towards Summerslam and into the fall or winter. I give Mark Henry props for a good match but it was too predictable.

If you want to talk unpredictable then look no further than the Main Event. The Money in the Bank All Stars match was off the charts. Rob Van Dam returned, Daniel Bryan was on fire, and Paul Heyman betrayed CM Punk. It started with Curtis Axel coming out and attacking Daniel Bryan. It then led to a GTS on Axel and then finally Heyman came out and busted CM Punk open with a ladder. These events led to Randy Orton hitting an impressive RKO to RVD in mid air which allowed Orton to climb the ladder and capture the briefcase to end the show.

My reaction after all of it was and is that it was a great show for WWE to build up to Summerslam. If someone would have told me that Damien Sandow and Randy Orton were going to be holding the briefcases at the end of the night, I would have called you a crazy person. I never saw it coming which is what I like. It made the show unpredictable and shocking which is something WWE had a hard time with these days. I will be curious what happens with the fan favorites that were involved tonight. A lot of people thought Wade Barrett and Daniel Bryan would be walking out with the briefcases so I wonder what’s in store for those two for the rest of the summer. One thing’s for sure and that is the WWE Champion and World Heavyweight Champion are no longer safe. Its going to be an interesting rest of 2013. Our next stop is Summerslam so come on back for all the news on Summerslam 2013. 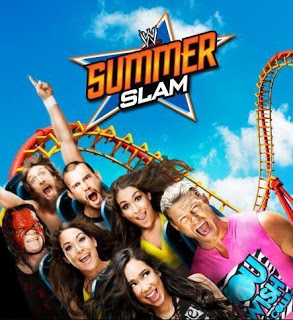