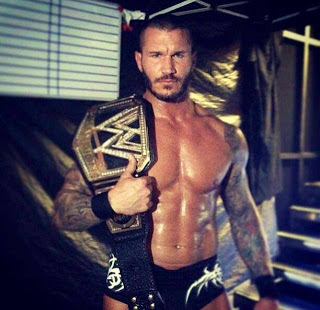 Tonight was the annual summer event of WWE Summerslam and it started off with an hour long pre-show. I really liked the panels they have and how they change it up each month. The pre-show featured a United States Title Match between champion Dean Ambrose and challenger Rob Van Dam. The Shield, Mark Henry and Big Show all got involve but in the end Ambrose got himself DQ’d. I was extremely disappointed that Rollins and Reigns did not defend the tag titles against Henry and Show. Maybe they are saving it for Night of Champions.

The opening match was Bray Wyatt vs. Kane in the Ring of Fire match. Lets just call it for what it was. It was a way to get a push going for a Wyatt Family and a way to write off Kane so he can go film See No Evil 2. It was cool the flames shoot up at ringside but there nothing epic about this match.

Damien Sandow and Cody Rhodes have really come into their own over the last year. It’s good to see both men in singles competition and the fact that both of them are being catapulted into the main event and World Title picture. Cody wins without the mustache and with same fire he had win he was Intercontinental Champion Speaking of the World Title, Christian challenged Alberto Del Rio for the championship and had a great match. I still can’t buy into Del Rio as a heel. He’s boring and no one really cares about what he’s doing. He’s a great wrestler, and champion which he proved tonight but he was much more over as a face.

I’ve said it before and I will say it again. AJ Lee and Kaitlyn are the two best Divas in WWE right now in terms of ring skill and quality of matches. That was proven in two matches. No one really cared about Natalya and Brie Bella although it was nice to see Nattie get the win. The fans are so into AJ Lee and Kaitlyn/ I think the fans are trying to tell WWE, that the two women feuding over the Divas title are the two best.

Summerslam was based around two matches and I have to say The Best vs. The Beast lived up to the hype. We saw a brawl, some MMA and even Paul Heyman get slapped around. I said that CM Punk would bring the best out of Brock Lesnar and he did. Brock won the match but it really proved that Punk still belongs in the Main Event and no matter what anyone say, he is still the top guy. I expect to see a rematch down the road but for now we will have to settle for Punk vs. Curtis Axel with Heyman still being the main focus.

The WWE Championship match was phenomenal. John Cena brought his best game with him tonight. Daniel Bryan is still on fire which is why he won the match but then it happened. Triple H who was the special guest referee gave Bryan the Pedigree allowing Orton to come back in the ring to win the WWE Championship. A lot of people don’t get the big picture especially the so called Internet Wrestling Community. This move not only put Triple H and Orton as two top heels but it actually made Daniel Bryan a lot stronger face then he was prior to the pay-per-view. Expect a lot of big things to come out of this ending and expect the fans to get more behind Daniel Bryan.

Summerslam was good but not as epic as it should have been. Punk vs. Lesnar and Cena vs. Bryan definitely stood out while Sandow vs. Rhodes and Christian vs. Del Rio were really good solid wrestling matches. I miss the days of when shows were great from top to bottom but those shows are few, far and between. A lot will come out of Summerslam and will carry over into the next pay-per-view. The next time WWE is on pay-per-view is Night of Champions where all the titles will be on the line. 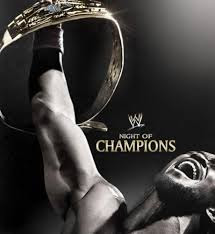