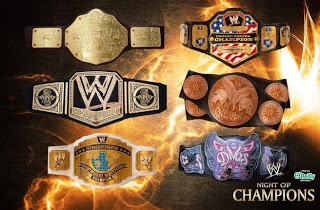 Usually when I write about WWE shows, I will go in-depth on just about everything that happened in the show but I am not sure how in-depth I can go because of how lackluster and boring this show was. Before I begin with my thoughts I am just going to share the results.

-Paul Heyman & Intercontinental Champion Curtis Axel defeated CM Punk (No Disqualification Handicap Elimination Match)
-Rob Van Dam defeated World Heavyweight Champion Alberto Del Rio (Disqualification)
-Divas Champion AJ Lee won a Fatal 4-Way Match
-The Prime Time Players defeated The Usos, Tons of Funk, The Real Americans and 3MB (Tag Team Turmoil No. 1 Contender’s Match)
-United States Champion Dean Ambrose defeated Dolph Ziggler
-The Miz def. Fandango
-Intercontinental Champion Curtis Axel defeated Kofi Kingston’
-WWE Tag Team Champions The Shield defeated The Prime Time Players
Let me start off with the things I did like because that’s a short list.
-I liked the fact that the Intercontinental Title was defended in an impromptu match and I will say that Curtis Axel and Kofi Kingston had a great first match.
-I liked the fact that Ryback is the new Paul Heyman guy because Ryback is a great talent who just needs some guidance.
-I liked the double Sharpshooter that Natalya did in the Fatal Four Way Diva’s title match.
As you can see there wasn’t that match to get excited about. Now here are some big things I didn’t like about the show.
-I hated that Damien Sandow did not cash in the briefcase on Alberto Del Rio after what RVD did to ADR after their match. It was perfect timing and it would have made perfect sense.
-When I think Night of Champions I think of every title match being epic and in this case they weren’t.
-The biggest thing that pissed me off is that we all know Daniel Bryan will be stripped of the WWE title on Raw. Referee Scott Armstrong counted the three really fast which allowed Bryan to win the WWE Title. I really wish Orton would have won cleanly or something epic would happened like an appearance from Big Show, Triple H or even Cody Rhodes.
I really think this PPV killed the momentum WWE had. They had three great PPVs with Payback, Money in the Bank and Summerslam. I get where WWE is going with the storylines and the dominance of heels having titles but there is no reason why a couple of titles couldn’t have legitimately changed hands. In three weeks time it will be the first ever WWE Battleground Pay-Per-View. Tune in to see what happens on TV and to see if WWE can gain back some of their pay-per-view momentum. 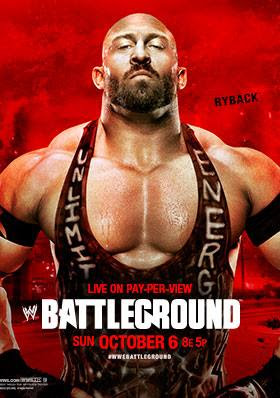