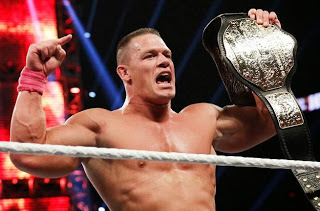 Tonight was WWE Hell in a Cell and after two very stale pay-per-views in a row by WWE, they came back with a little bit of momentum. I really enjoyed tonight’s event because they made last minute changes, made some additions and ended with everyone talking whether it be good or bad. As always I start out with what I didn’t like and then end it with a positive note.

I didn’t like the fact the Damien Sandow didn’t spoil John Cena’s return. I really thought it would have been great for business. I also wish that Paul Heyman would have taken more of a beating at the end of the match with CM Punk and Ryback. I also am real sick of Antonio Cesaro not being a singles competitor. I know that has nothing to do with the actual pay-per-view tonight but it sickens me that a man that talented is being wasted right now.

Now a lot of people are complaining about certain points to the show which I will start with the obvious. Randy Orton is the new WWE Champion with some help from Shawn Michaels and Triple H. I understand where people are getting upset with this but if internet wrestling community would shut up and let the thing play it out, the wait and reward will be worth it. I never thought I’d say that it was good to see John Cena but he and Alberto Del Rio had a great match for the World Title.

The triple threat tag match was indeed the match of the night because all three teams brought it out and showed what tag team wrestling all about. I love the chemistry with all three teams and I hope the tag team division keeps getting stronger and better. Speaking of bringing it as of late. I think Big E. Langston is primed and ready for a title run with the US or Intercontinental Title. He had a solid match with the Dean Ambrose who is a great ring worker himself.

WWE TV has its ups and downs and well all know that. Not everyone is going to be happy and not everyone likes the outcomes. I can honestly say that overall I was happy with how the show went down tonight and I look forward to the stories coming out of it. Lets not forget, Survivor Series is four weeks away and thats when usually the big payoff from the summer storylines happen.

Overall I would rate WWE Hell in a Cell 7 out of 10. Survivor Series is November 24th and I expect some big things to happen then. 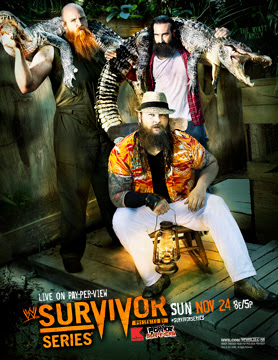 For more of Hollywood Joe’s thoughts on WWE, and the pro wrestling world in general tune into to the WE LOVE LUCHA podcast with Hollywood Joe and his broadcast partner Jordan Francisco.