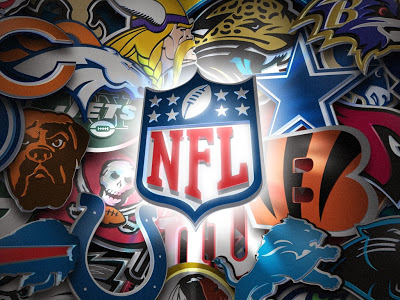 We are now in double digits into the season. There is only one undefeated team left and that bragging right belongs to the Kansas City Chiefs. Jacksonville and Tampa Bay don’t have anything to brag about because they are both still winless. Starting next week I will be posting playoff scenarios because it’s getting to be that time in the season where it starts being discussed. With that being said here are my predictions for the week.
Thursday, Nov. 7
(Byes: Cleveland, Kansas City, New England, New York Jets)
Washington Redskins at Minnesota Vikings, 8:25pm
Sunday, Nov. 10
Seattle Seahawks at Atlanta Falcons, 1pm
Cincinnati Bengals at Baltimore Ravens, 1pm
Detroit Lions at Chicago Bears, 1pm
Philadelphia Eagles at Green Bay Packers, 1pm
St. Louis Rams at Indianapolis Colts, 1pm
Oakland Raiders at New York Giants, 1pm
Buffalo Bills at Pittsburgh Steelers, 1pm
Jacksonville Jaguars at Tennessee Titans, 1pm
Carolina Panthers at San Francisco 49ers, 4:05pm
Houston Texans at Arizona Cardinals, 4:25pm
Denver Broncos at San Diego Chargers, 4:25pm
Dallas Cowboys at New Orleans Saints, 8:30pm
Monday, Nov. 11
Miami Dolphins at Tampa Bay Buccaneers, 8:40pm
I am really shocked how poorly the Falcons are doing this year. I predicted that the Ravens would not even make the playoffs this year and that statement might be true. Here are the odds from vegasinsider.com
Please Share This