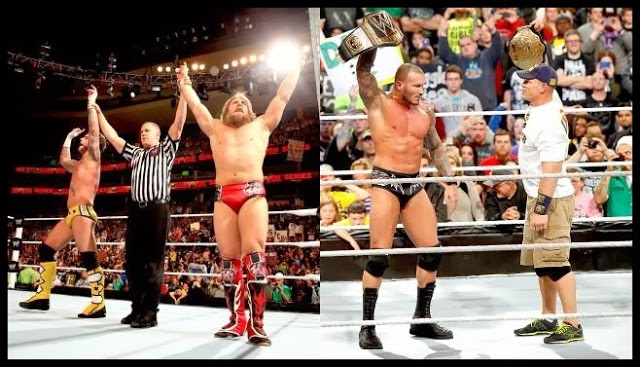 Tonight was the 27th annual Survivor Series and I have to say I really have mixed emotions about this show. There was some great spots in this match but the Main Event really ruined the show. As always I will start with the results, what I disliked and what I liked. There is a lot of questions I have after this pay-per-view.

-WWE Champion Randy Orton def. Big Show
-World Heavyweight Champion John Cena def. Alberto Del Rio
-CM Punk & Daniel Bryan def. Luke Harper & Erick Rowan
-The Shield & The Real Americans def. WWE Tag Team Champions Cody Rhodes & Goldust, The Usos & Rey Mysterio (Traditional Survivor Series Elimination Tag Team Match)
-Natalya, The Bellas, The Funkadactyls, JoJo & Eva Marie def. Divas Champion AJ Lee, Tamina Snuka, Kaitlyn, Rosa Mendes, Summer Rae, Aksana & Alicia Fox
-The Miz def. Kofi Kingston (Survivor Series Kickoff Match)
-Intercontinental Champion Big E Langston def. Curtis Axel
-Mark Henry def. Ryback
I want to start of by saying that Orton vs. Big Show was one of the worse WWE Title matches in recent memory. The ending, the predictability and just the whole flow of the match sucked. The fans really spoke tonight. They want to see guys like Daniel Bryan and CM Punk in the Main Event scene, not the two guys have been there for the last 10 years. I am of the opinion that that Orton and Cena is old news, an angle and a series of matches no one wants to see anymore. I also did not like that Mark Henry was Ryback’s open challenge opponent. It should have been Lesnar or a bigger surprise. I am glad Henry returned but I did not want to relive Wrestlemania 29 again. I am also extremely disappointed that Sandow, Ziggler,3MB, Barrett and a few others were not on. They could have done another traditional 5 on 5 match which for me is what Survivor Series has always been about.
I really enjoyed the 5 on 5 tag team match and was so happy to see Roman Reigns in the spotlight. His time is coming and he was showcased tonight. I also loved how Cesaro did the swing to both of the Uso’s. The sad thing is this was the opening match and it was considered the best match of the night. I thought Kingston/Miz, Langston/Axel and Cena/Del Rio all had solid matches but were not epic by any means. My favorite match was the Wyatts vs. Punk and Bryan. The fans were behind this match, and I love the pyschology of two smaller guys vs. two bigger guys. It reminded of the Rockers vs. Twin Towers at Wrestlemania 5 but this match was ten times better. As I said before the fans are letting their voices be heard. They want Punk, Bryan, The Shield and The Wyatts to be pushed and all of them to be in the main event scene.
The biggest thing was a possible tease of WWE Champion vs. World Champion and a possible unification. match. If they unify the titles they need to bring back the TV Title, European title and the Cruiserweight Title. I believe their should only be one World Champion but they need more secondary titles to support the company and the stars. Finally, I will end on this note and this is if there is a title unification match it needs to be between CM Punk and Daniel Bryan. WWE management needs to understand that those are the two guys people want with the titles. If they go the route of Cena and Orton, it’s going to be a horrible end result.
The year is coming to end and the next show is WWE TLC. I am sure more answers will come to who will be in the main event scene, and who will be the face of WWE in 2014 and into Wrestlemania 30. 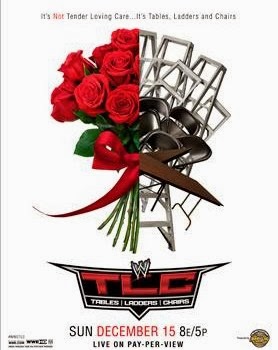 For more of Hollywood Joe’s opinions on WWE, Ring of Honor, TNA Impact Wrestling and all other pro wrestling news and rumors check out the We Love Lucha podcast with Hollywood Joe and Jordan Francisco