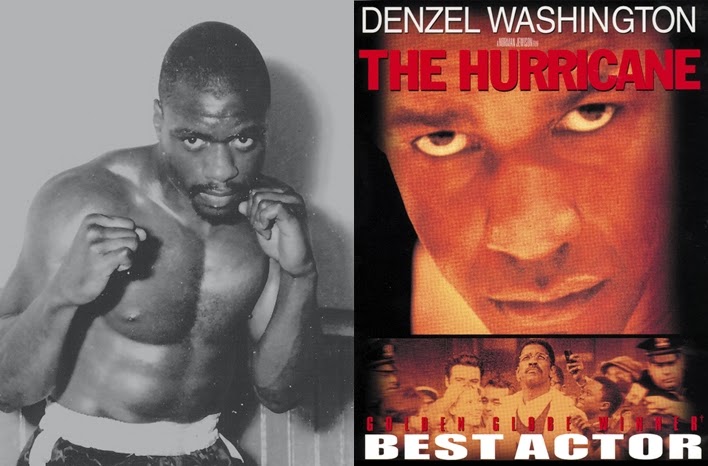 I was fourteen years old when I first saw the movie The Hurricane in 1999. As I watched the movie I saw a man in this movie that fought injustice, racism, and he had to fight for his freedom.

Even though there some inaccuracies in the film it was the message the that movie sent. After I watched the movie a couple of times I decided to do some research on Rubin Carter.

The Hurricane was a rising star in boxing when he was wrongly convicted of the murders at the Lafayette Bar and Grill. After Carter was convicted he received a lot of support including support from Muhammad Ali and Bob Dylan. Dylan wrote the song “Hurricane” which he declared that the Hurricane was innocent. Over the next twenty years witnesses and alibis were proven to be false but it still took until November 1985 for Rubin Carter to be set free. Judge Sarokin noted that the prosecution was “predicated upon an appeal to racism rather than reason, and concealment rather than disclosure.”

Once he was free he worked as executive director of the Association in Defence of the Wrongly Convicted (AIDWYC) from 1993 until 2005. In 1993, he also received an honorary championship title belt from the World Boxing Council. Rubin Carter and Denzel Washington had a great relationship during and after the filming of The Hurricane. The stories of Rubin Carter, Lesra Martin and John Artis are real life stories of overcoming hate, racism and injustice. Although the film itself had some fiction in it their stories are one that needed to be told.

Fifteen years after the movie came out I still watch it with great interest. Rubin Carter is truly an inspiration to many. His fight, his struggle and his pain can be felt through the movie and some of the real life interviews I have watched of him. As a Christian I find it really fitting that he went to join Jesus Christ on Easter Sunday. His two year battle with prostate cancer had come to an end but it will be his twenty year fight for freedom that will always be remembered.

Thank you Rubin “Hurricane” Carter for your inspiration, spirit and your hope to never give up on whats right. May you rest in peace and your memory live on forever.