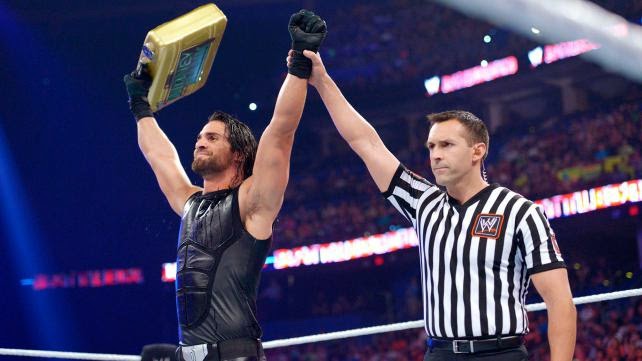 The question must be asked and that is how can you prepare for the future if you don’t attempt to build the future? Ask yourself, do the results of WWE Battleground show look like something that’s gearing for the future? Here are the results from the pay-per-view tonight:

-Adam Rose def. Fandango in a WWE Battleground Kickoff Match
I can honestly say that my favorite match of the night was Rusev and Swagger. It was very intense and physical and represents everything a good versus evil feud should go in the WWE. I believe that this feud is far from over and I think you will see these two progress into the future. I also enjoyed the Divas title match and the WWE Tag Team title match. However the outcome of the WWE Tag Title Match was the beginning of my disappointment.
They either needed put the title on Harper and Rowan or they need to start bringing up more tag teams into the division. I was disappointed with the majority of the show. The Miz winning the Intercontinental Title was a move that set the company back 5 years ago. Re-creating The Miz is not going to make the fans care about anymore. The Intercontinental Title should have been put on Dolph Ziggler and Cesaro who are the two best performers in WWE right now. Speaking of monumental mistakes of bad business, why is it Chris Jericho has been brought back to elevate CM Punk, Fandango and Dolph Ziggler but then end up going over on Bray Wyatt. Either Wyatt got suddenly injured in the match or the feud will continue to build up to Summerslam.
Speaking of Summerslam and the future of WWE. After watching John Cena retain his WWE Title the inevitable is going to happen. Brock Lesnar will be returning to TV and will probably end up winning the belt at Summerslam. This is all according to reports and if the reports are correct then we are in for a long eight months up to Wrestlemania 31. If I was the creative genuises in WWE I would have made Cena and Lesnar a non title match at Summerslam. No one wants to see another part timer who craps on the business be champion. I would have put the title on Roman Reigns and had his title reign be around The Shield breakup and the feud with The Authority. I think a Reigns, Rollins and Ambrose triple threat for the title would do great business and it’s what the fans want.
Overall I was extremely disappointed with tonights events. I think the writers are getting lazy and are too scared to shake things up. It is no wonder why they are losing so much money. Why get the WWE Network for the pay-per-views if the shows are lackluster? I am going to give the show tonight 4 out of 10. Very lackluster, boring and un-epic. I hope on August 17th they produce a hell of a show at Summerslam.
Please Share This