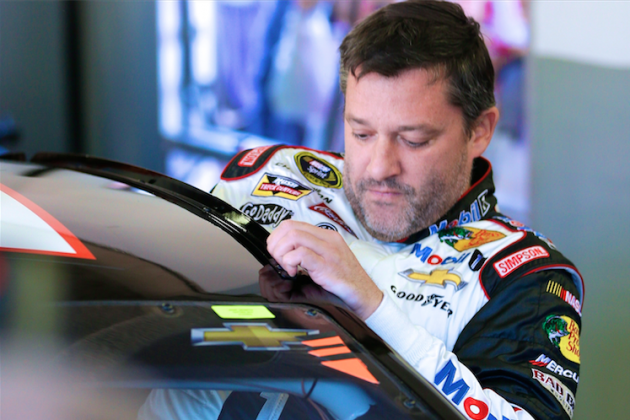 On Saturday Night at Canandaigua Motorsports Park Tony Stewart struck and killed sprint car driver Kevin Ward Jr. after Ward climbed out of his car and attempted confront Stewart after Stewart spun him out. Ward was only 20 years old and spent most of his life racing. There are a lot of assumptions, finger pointing and blame going around but not all of the facts of this tragic accident have been determined. However there are so many different ways you can view this.
The main view is that Tony Stewart intentionally hit this young man or got close enough to him to try and intimidate him. It is also the view that Stewart has had a bad temper in the past and has a lot of altercations in the NASCAR circuit since he’s been there. There have been many fatalities in Motorsports but this is the first of it’s kind and there is no precedent for this type of tragedy.
There is another view that a lot of people will take offense to but it has to be brought up. Kevin Ward Jr. put himself in danger by climbing out of his car and running into the middle of the track. A question that should be brought up is that how we do know that Kevin Ward Jr. wasn’t trying to get his name out there because he knew he was wrecked by Stewart. A confrontation with Stewart would have elevated his name and his career but I don’t think anyone thought that he would lose his life over a spin out on the track.
Regardless of what view you hold, what side you are on or if criminal charges get brought up the one thing I will say is that Tony Stewart should retire immediately. How can someone continue on with their career after a tragedy like this? How will he be able to focus on the races at hand when he took someone else’s life? This tragedy has tainted his career, and his put the whole Stewart-Haas Racing team at steak. Many people will focus on what will happen to Stewart, his team, his sponsorship’s and his career. The focus should be on the fact that a young man lost his life and his family and friends are devastated by this lost.
I will leave you with this question ask and answer for yourselves. Why should a man’s career go on when another man’s life was lost due to this mans passion for his career?
Please Share This