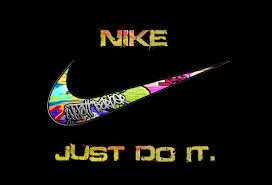 Over the last few weeks with Nike has ceased their sponsorship deals with Adrian Peterson and Ray due to their off-field actions. I have no problem with sponsors not wanting to be associated with bad behavior. Nike is responsible for a lot of revenue in the sports world and the athletes involved. For more the most part the athletes Nike sponsors are great athletes and great people but if you’re going to punish one athletes for their choices off the field then you better punish them all. Let me give some examples of what I am talking about.
Hope Solo who is being investigated for assault on her nephew and sister is still being sponsored by Nike. She’s also still being allowed to compete for United States Soccer. It doesn’t matter what circumstances are in this case. Her endorsements should have been ceased until the investigation and trial are over. No one in that organization thought twice about stopping their support for Peterson and Rice. No looked into the circumstances of their cases? I am not trying to defend their actions but I am simply playing devils advocate. There are circumstance regarding anyone’s actions so why isn’t Hope Solo being punished by Nike?
Now if you really want to talk off-field issues how about we talk Tiger Woods. Here is a guy who in 2009 who crashed his SUV into a tree and fire hydrant because he was caught having an affair. He admitted to infidelity and sleeping with multiple women. While Accenture, AT&T, Gatorade and General Motors ended their endorsements for Woods, Nike kept on supporting him. So why wasn’t Tiger Woods sponsorship deal halted while all of this was going on? If what you do out of the sport is being judged why did he still have Nike’s endorsement? People complained when Nike re-signed Michael Vick to a deal but atleast Vick served his time in jail and had to earn his way back into the sport and into the trust of the Nike organization.
Then one of the latest incidents to happen is Nike pulling their sponsorship with UFC Light Heavyweight Champion Jon Jones. This was all due to a brawl that Jones was involved in with fellow competitor Daniel Cormier. Now the funny thing about this is that Jones was provoked by Cormier and there wasn’t any criminal charges brought against Jones. So why was Jones deal terminated? Because of his actions right? So what about the actions of Hope Solo, Tiger Woods and even Kobe Bryant so many years ago. Do you see where the inconsistencies are? They play favorites, they go off who can make them the most and obviously don’t believe in the equality of if you punish one that you should punish all.
Honestly none of this should be a surprise because it all starts at the top. Nike Chairman and Co-Founder Phil Knight was very outspoken during the Penn State Sex Abuse Scandal. He supported Joe Paterno when details came to light that Paterno knew the actions of Jerry Sandusky and did not report them. He even spoke at Paterno’s memorial service. I guess when you’re worth 18.7 billion dollars you can do whatever you want and not care what anyone thinks. I personally think he should start a fund for abused women and children and help them in their recovery because those are the people that are being punished, not the athletes who abuse the privilege of being a professional athletes in America. I don’t get how you can sit there and terminate contracts of some and then support others who are essentially doing the same damn thing that those terminated are doing.
“Just Do It” is Nike’s motto so the organization should just do the right thing and give out equal consequences to those who break the law, break the rules and abuse the privilege of playing in sports and being sponsored by a major company like Nike. Hope Solo, Tiger Woods, and Kobe Bryant aren’t above Ray Rice, Adrian Peterson, Lance Armstrong and Jon Jones. They all broke a moral conduct befitting someone who is sponsored by Nike and all of them should have had their Nike contracts terminated and they should have been forced to earn them back.  Phil Knight can take his swoosh and keep being a hypocrite because someday the bad karma will “Just Do It” and bite Nike in the rear end!
Please Share This