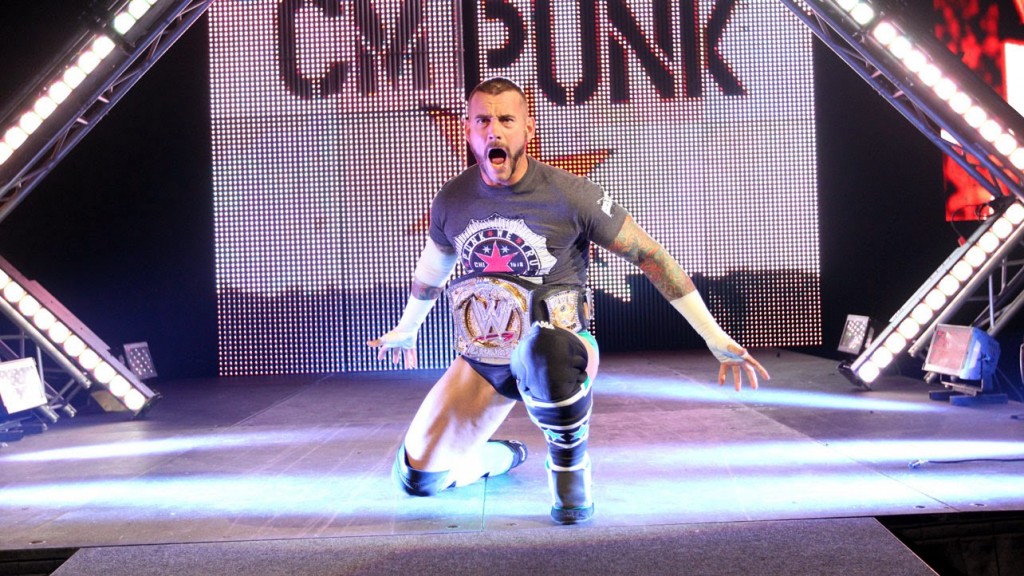 After listening to Colt Cabana’s Podcast The Art of Wrestling with CM Punk I have a lot I’d like to say to as a fan and as someone who loves the business aspect of pro wrestling. CM Punk told his two hour story of how things went down and why he will never come back. He said that doctors ignored his injuries and he was very upset about not being the main event of Wrestlemania 30 when he felt he should have been in the main event of Wrestlemania 27, 28 and 29, He said he was tired of being jerked around and that Vince didn’t make good on his promises. He also stated that Triple H tried squashing almost everything Punk wanted to do in their feud.
As to the interview itself I don’t like how every other word of Punk’s mouth was F this, F that. You can make your point clear without using expletives. I also feel bad that he threw Ryback under the bus because it’s not Rybacks fault that the booking team put him in a feud with Punk. Ryback is known for being stiff so knowing that fact should have been on the writers and agents, not Ryback himself. Lastly I also noticed he never refers to AJ Lee by name. He just refers to her as wife. I am not sure if she was trying to protect her or not but I truly believe either way her career is going to be over sooner rather then later. My other concern is the guys who came from the same background that Punk did such as Cesaro, Daniel Bryan, Kevin Steen, and Seth Rollins. My worry is that WWE will mistreat them because they are not WWE made and they are all labeled the same way Punk was. Only time will tell to see if that’s accurate or not.
Now after listening to what Punk said this is what I would have done differently. If I was so banged up I would have left after the Royal Rumble and came back for No Way Out. The storyline should have been since Kane eliminated Punk at the Rumble, if Punk beats Kane then he gets in at the main event of Wrestlemania 30. The main even should have been Punk vs. Bryan or even a fatal four way with Batista and Orton if Vince and Triple H wanted them in so bad. I would have worked the rest of my contract which was only a few months and then had a farewell match. If things would have been done that way it would have ended a high and happy note instead of the crazy mess that they got into and are still. Either way CM Punk isn’t coming back and I choose to respect that. I didn’t like it at first but I respect that he did what he had to do for his health and well being.
There have been two sets of fans out there in regards to Punk. One group who takes the side of Punk and is now deciding to bash WWE and all their decisions with the second group bashing Punk and supporting the WWE strongly. I personally think both sides are absurd and everyone needs to realize he is a human being names Phil Brooks and the man can make his own decisions. The only thing that should be done in the future is I do think Punk and Vince McMahon should apologize to each other for how everything went down. Both of them made mistakes and both are to blame for Punk’s ultimate departure from WWE. CM Punk does not owe the fans his health or well being. No one forced any of us to buy CM Punk merchandise or buy a ticket to watch him perform. That was our choice and in the end he made his choice. I say let the man be and let him live his life. At the end of the day, the majority of us are going to continue to watch WWE and find a new superstar to cheer for.
If you haven’t heard the CM Punk interview with Colt Cabana check it out:
Please Share This