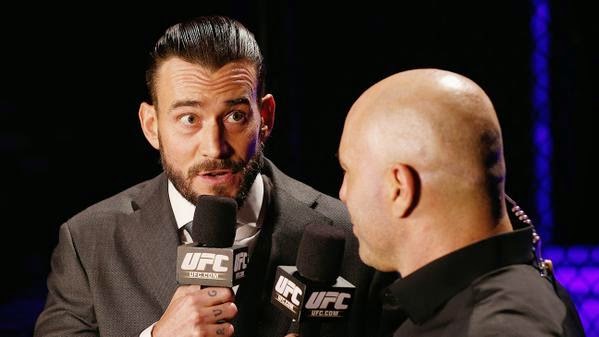 At UFC 181, CM Punk announced his pro wrestling days were over and that he signed a multi-fight deal with the UFC in which he will debut in 2015. Their a lot of people out there with different opinions and feelings on this shocking announcement. Many people believe CM Punk stands no chance in the UFC and that he’s too old to make a debut as an MMA fighter. Others say that this is a stunt to get back at WWE and possibly use it as a bargaining chip in the WWE. Pro wrestling fans who did not like CM Punk to begin with have even more reason to dislike him now. I’ve read a lot of angry reactions in social media about his decision.
The anger towards Punk is because of his two podcasts with Colt Cabana in which he went on for three hours about his mistreatment in WWE. He said he was working hurt all the time and certain wrestlers were working him stiff. The wrestling fan says if he doesn’t like working hurt and getting punched in the face for real how will he last in the UFC? Well the difference between WWE and UFC is after a UFC fight you get 3 to 4 months off whereas you’re working 300 days a year in the WWE. The point of him complaining about working hurt is totally invalid if you look at it from the scheduling standpoint.
As a WWE fan, UFC fan and CM Punk I am excited about this. My anger when Punk first quit WWE was because of the thought of never seeing the talent again. People who are saying he will get killed are the same ones who doubted Ken Shamrock, Josh Barnett, Bobby Lashley and Brock Lesnar. All of them have had success in MMA. CM Punk has a background in kempo and Brazilian jiu-jitsu. He’s been training with Rener Gracie for a couple of years now so when people are saying he has no background in fighting styles need to remember that he has more background then when Brock Lesnar started.
CM Punk will be good for the UFC and the UFC will draw with him like they did Lesnar. The early reports indicate he will be in the Middleweight Division which is a division that includes the likes of Anderson Silva, Vitor Belfort, Luke Rockhold, Lyoto Machia, Michael Bisping, and champion Chris Weidman. CM Punk’s mic skills, and attitude will be a great asset for the UFC. I am looking forward to watching his first fight. Everything about this situation is intriguing to me. There are so many things running in my head. What music does he come out to? What kind of sponsors will he get? Who will his first opponent be? I cannot wait to find the answers and I cannot wait to bust out my CM Punk t-shirts again during his fights.  CM Punk always says two things. “Luck is for losers,” and “It’s clobbering time.” He better train hard and be prepared because he will need the luck if he doesn’t want to get clobbered. 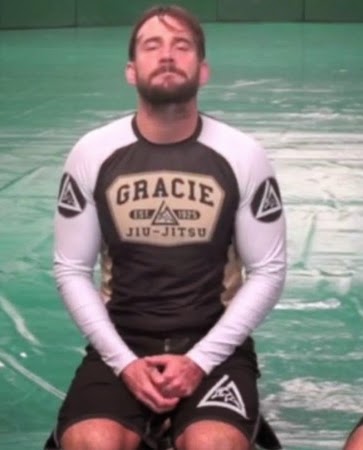