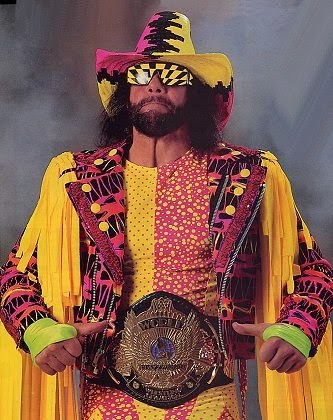 Ever since the WWE Hall of Fame was re-established in 2004 there is one man other than Hulk Hogan who has deserved to be in the WWE Hall of Fame from the get go. The Macho Man Randy Savage made his pro wrestling debut in 1973 after his baseball career ended. His father is the legendary Angelo Poffo and his brother is “Leaping” Lanny Poffo who was also known as The Genius. He wrestled in Georgia Championship Wrestling, AWA and International Championship Wrestling. He also had quite an extensive feud with Jerry Lawler before his arrival to the WWE.
In 1985 he arrived to the WWE and the rest is history. He brought in his wife Elizabeth Huelette to be his manager and came out wearing all these bright colors and having a voice that so many have intimidated. He won the Intercontinental Championship from Tito Santana but his legend didn’t start to grow until his feud with Ricky Steamboat. Savage and Steamboat had the ultimate classic wrestling match at Wrestlemania 3 in-front of the Silverdome crowd. Even though he lost match his match with Steamboat it propelled him to the WWE Championship one year later. Before his World Title win he formed a partnership with Hulk Hogan known as the Mega Powers.
The Mega Powers dominated all of 1988 with Savage as WWE’s World Champion. Eventually he and Hogan broke apart and Savage then went on to feud with Dusty Rhodes, Ultimate Warrior, Jake the Snake Roberts and Ric Flair. I will say that my favorite Randy Savage moment is when he and Ultimate Warrior wrestled at Wrestlemania 7. I truly believe it was the match of the night and one of the best in WWE’s history. Randy Savage had one of the greatest runs in WWE history but unfortunately due to not wanting to fully retire his run in WWE ended in 1994.
He showed up in WCW at Starrcade 1994 to partner up with Hogan again. He went on to become a powerhouse in WCW. He had some memorable feuds with Diamond Dallas Page, Ric Flair and Kevin Nash. A little known fact that all the times Savage lost the WWE or WCW Title he either lost it to Hulk Hogan or Ric Flair. When WCW closed down he was not seen on a pro wrestling show until 2005 when he had one final match in TNA.
Randy appeared in Baywatch, Spiderman, Walker Texas Ranger and was the spokesperson for Slim Jim for many years. Randy lived a private life after pro wrestling and ended up marrying his high school sweetheart. Randy passed away on May 20, 2011. WWE aired a very emotional and fitting tribute following his passing and then the talk of his place in the Hall of Fame began to circulate. In November 2014, I sat down and watch the story of the Macho Man that the WWE put out. It was then that I knew he should be in the Hall of Fame sooner rather than later.
Randy Savage had a wonderful life and career. The only minor thing I wish he would have done was that I wish he and Hogan would have held the WWE Tag Team titles atleast once. Beyond that minor thing he had a stellar and legendary career. He was too hold to handle and too cold to hold. I just want to say congratulations to the Poffo Family and on the induction of Macho Man Randy Savage….Oh Yeah! Dig It! 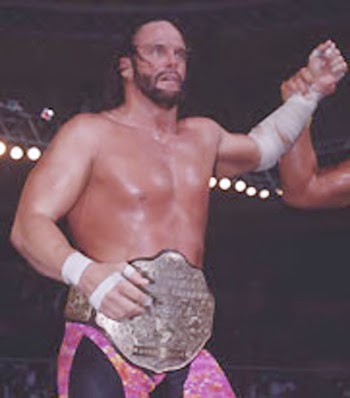