This week the Road to Wrestlemania 31 has begun. There was a huge fallout from the Royal Rumble and Monday night’ edition of Raw was no ordinary edition of Raw. Monday Night Raw was shut down to the blizzard in the Northeast. They replayed the triple threat championship match and the Royal Rumble match itself. They had interviews with Seth Rollins, Daniel Bryan, Roman Reigns and Brock Lesnar. The final segment was between WWE Champion Brock Lesnar and challenger Roman Reigns. The segment was well done with Paul Heyman’s involvement. I love everything that Paul Heyman had to say and I think his voice will make this a big main even that you won’t want to miss. A lot of people are angry but that Daniel Bryan did not win the Royal Rumble and will not be headlining Wrestlemania but I think some great things are in store for Daniel Bryan this Wrestlemania season.
Speaking of Daniel Bryan, he defeated Kane in a Casket Match on Smackdown which was a decent match for Bryan. Also on Smackdown Roman Reigns defeated The Big Show, Tyson Kidd defeated Jey Uso, and The Ascension defeated Goldust and Stardust. Seth Rollins also issued an open challenge that way met by Ryback, Erick Rowan  and Dolph Ziggler. Rollins really never had a match because J and J Security got involved. The big news coming from Smackdown is that Triple H will have announcement on Monday Night Raw that will rock the core of the WWE Universe. Whatever that announcement will be it is sure to have major Wrestlemania implications.
There are two matches made for WWE’s newest pay-per-view Fast Lane. John Cena will take on Rusev and Paige will challenge Nikki Bella for the Divas title. Also at WWE Fast Lane, the COO Triple H has invited Sting to meet him face to face which will eventually lead up to match at Wrestlemania. Obviously the Main Event for Wrestlemania is set with Brock Lesnar and Roman Reigns but there appears to a big rumored match in the works for Wrestlemania. The match happens to be Daniel Bryan versus Dolph Ziggler 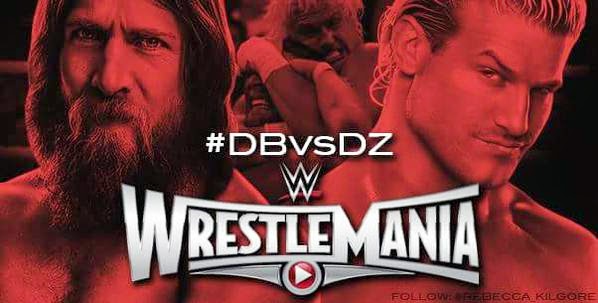 The American Dragon and The Showoff are two of the biggest fan favorites out there and I think a match between the two would rival the likes of Steamboat-Savage, Hart-Michaels and Michaels vs. Angle. All three matches had a lot of high flying and technical wrestling to them and I think Ziggler versus Bryan would still show no matter what spot it had on the card. Whether or not that match is made the thought of it makes me and a lot of other wrestling fans smile because fans know how great it would be.
The first week on the Road to Wrestlemania is complete and we have many more to go. Keep tuning in for matches, new and rumors regarding Wrestlemania 31.
WWE
Please Share This