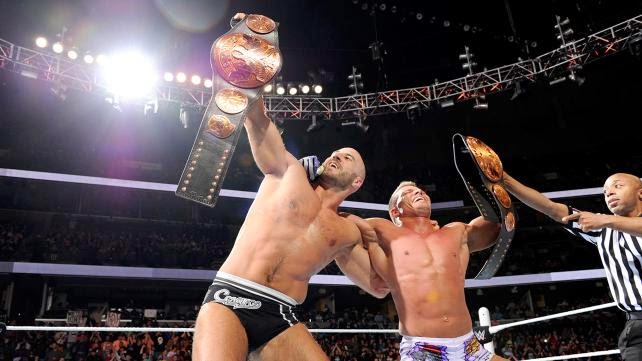 Tonight was the final major stop on the road to Wrestlemania 31. It’s weird not seeing the Elimination Chamber hanging above the ring. It was a huge thing heading into the biggest show of the year so I think they need to come up with something new because a normal pay-per-view before Mania doesn’t do the buildup to Wrestlemania any justice. Before I begin with my likes and dislikes here are the results of the show:

I really enjoyed the fact the Randy Orton’s return gave an initial boost to the show and hyped the crowd up right away. I really enjoyed the storytelling between the Rhodes family but the referee really screwed up the ending of the match. I do hope Cody Rhodes goes back to his normal character for Wrestlemania. The WWE tag title match was awesome for me for personal reasons. Kidd and Cesaro are finally getting the great recognition they deserve as performers. I enjoyed that they are actually trying to build a story between Ambrose and Barrett. I think it’s setting up for something special at Wrestlemania. The storytelling that Bray Wyatt is doing for his match against The Undertaker is phenomenal. The fact he came out in a coffin and The Undertaker’s music was awesome and chilling at the same time. I look forward to their match in five weeks. I wasn’t quite sure how I’d feel about the John Cena-Rusev match but I am happy that Cena did not win the United States title. I think Rusev’s push is a great sign for the future.

I am on the fence about Sting not saying anything. He has great mic skills but they are booking him the way WCW did when he was doing his crow gimmick. Either way Sting vs. Triple H at Wrestlemania will be great on all levels. As normal the Divas match was not good at all. I truly believe that Paige needs to be champion with the Divas that are coming up. The Divas coming up need great Divas to work with.

The main event was very interesting between Roman Reigns and Daniel Bryan. Both put their hearts into the match. At times it felt like they were both using some heel tactics to get the crowd reaction but I feel like the crowd wasn’t into the match. Even though I am a Bryan supporter I think the decision was the right one. WWE caved in last year and put him in the Main Event. They also would have tarnished the legacy of the Royal Rumble. Fast Lane was really solid to watch and it had some good buildup to Wrestlemania 31 in five weeks. Keep tuning in to the Road to Wrestlemania 31 column each week to keep up to date on coverage of Wrestlemania 31.