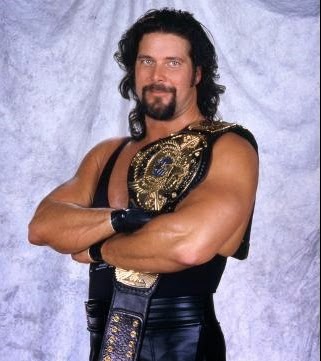 The characters Oz and Vinnie Vegas have no business being in the WWE Hall of Fame but thank goodness for Kevin Nash that he became Diesel in 1993. Nash started pro wrestling in 1990 after he was done training with Jody Hamilton. It should be noted that Hamilton also helped train Diamond Dallas Page, The Big Show, and Bill Goldberg. Nash’s early wrestling as noted did not start off too well. He was not a headliner and was someone that nobody cared about. I think Kevin Nash didn’t want to be a nobody and he took advantage of the fact the Shawn Michaels watched him on WCW Saturday Night. When Shawn saw him his career changed forever.
In 1993, Nash arrived on the scene as Shawn Michaels bodyguard. He started going under the name Diesel. He and Shawn had a great inital two year run. In those two years he won the WWE Tag Team Championship and the Intercontinental Championships. Less then a week after he split from Shawn Michaels he went to Madison Square Garden and defeated Bob Backlund for the WWE Heavyweight Championship. He held the title for a year taking on the like of Bret Hart, Shawn Michaels, Sid Vicious, Mable, and the British Bulldog He was the longest reigning champion of the 90’s
Nash left WWE in 1996 to form the legendary n.W.o. with Hulk Hogan and Scott Hall. During his time he was a multiple time WCW Heavyweight and Tag Team Champion. A lot of criticism of Nash came from the fact that he was booker and match maker for a brief period of time. A lot of people thought he used his power the wrong way. Regardless of how you look at Kevin Nash you cannot deny he had a presence in that ring and left a legacy that is still talked about today. Two of my all time favorite Nash moments is his match against The Undertaker at Wrestlemania 12 and when he and Shawn Michaels held the tag titles, Intercontinental Title and WWE Title all at one time. It only lasted a night but it was a sign of greatness for both men.
Congratulations to the latest member of the clique to be inducted into the WWE Hall of Fame. He is “Big Sexy” Kevin Nash, he’s an Outsider, he’s just too sweet but for me he will always be “Big Daddy Cool” Diesel.
Please Share This