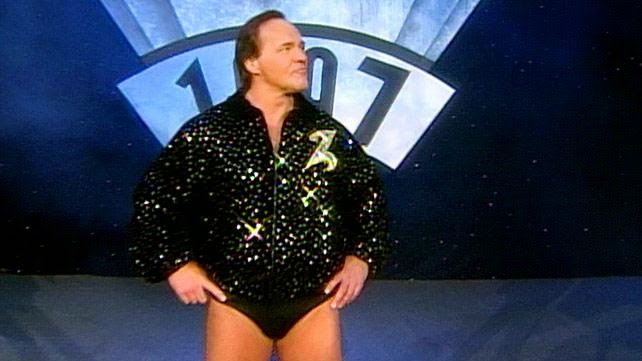 Long before he was one of the voices of WCW Nitro during the Monday Night Wars, Larry Zbyszko carved out a legacy that started in 1973. He was trained by fellow Hall of Famer Bruno Sammartino. He was known as Bruno’s protege and a great young upstart. In 1978 he attained gold by winning the WWE Tag Team Titles with Tony Garea. After his tag title run he feuded with Abdullah the Butcher,  “Superstar” Billy Graham, and Killer Kowalski. In 1980, he shockingly turned on his mentor Sammartino and feuded with him for almost a year. His steel cage match at Shea Stadium is still highly remembered to this day.
After his departure in WWE, he became very successful in the NWA and AWA. He feuded with legends such as Nick Bockwinkle, Sgt. Slaughter, Tom Zenk, and Wahoo McDaniel. He was a two time AWA Heavyweight Champion during his time in the AWA, From 1990 to 2000 he was in WCW. He teamed with Arn Anderson to win the WCW Tag Team titles and eventually became of the Paul Heyman’s Dangerous Alliance. In 1994, he joined the broadcast team and would remain there until 2000.
Larry still tours around the country and works the independent scene. He’s wrestled Dusty Rhodes, Diamond Dallas Page, Jeff Jarrett, Kid Kash, Ken Shamrock, and Scotty 2 Hotty on the independent scene. He was also influential in the early days of TNA Impact Wrestling. In 2013, he signed a legends contract with WWE and appears now in a lot of DVDs and WWE Network specials. He is also a regular attender of WWE NXT.
Larry Zbyszko has been around all the major promotions and had impact in each and everyone of them. He made a great name for himself and now will be immortalized in the rich history of the WWE Hall of Fame. Congratulations to the Living Legend on becoming the newest member

of the WWE Hall of Fame.