Tonight was the Grandest Stage, the Showcase of the Immortals, and the Granddaddy of em All. It’s Wrestlemania 31 and for me along with many others it’s just as big as the Super Bowl, Stanley Cup Finals, NBA Finals, March Madness, World Series and Daytona 500. For a pure wrestling fan it’s bigger then all of them. Tonight was a spectacle and before I begin here are the results of Wrestlemania 31:

Fatal Four Way Tag Title Match: Cesaro/Tyson Kidd defeated The New Day, The Usos and The New Day
Andre the Giant Battle Royal: Big Show
WWE Intercontinental Championship Ladder Match: Daniel Bryan defeated Bad News Barrett, Dean Ambrose, Dolph Ziggler, Luke Harper, Stardust and R-Truth
Randy Orton defeated Seth Rollins
Triple H defeated Sting
AJ Lee/Paige defeated The Bella Twins
United States Title Match: John Cena defeated Rusev
The Undertaker defeated Bray Wyatt
WWE World Heavyweight Championship Match: Seth Rollins defeated Brock Lesnar and Roman Reigns
I honestly have no complaints about tonight’s card. I was a little bit torn on the Sting and Triple H match but at the end of the day if it is Stings last match what a great way to go out being surrounded by legends. The nWo and DX battle really got amp’d up for sure. I was really happy to see The Undertaker back to his former glory. He looked great and he looked like the man we knew before Wrestlemania 30.
As many of you know I think Ring of Honor produces the best wrestlers around. Now they can say their boys are one half of the Tag Team champions, the Intercontinental Champion and the World Heavyweight Champion. I loved the surprises like Ronda Rousey, The Rock, and all the former Intercontinental Champions congratulating Daniel Bryan. I would have to say Triple H, Sting, Bray Wyatt, Rusev and John Cena had the best entrances of the night. They all played into their matches and storylines brilliantly.
From top to bottom this was the best Wrestlemania in the last decade. I think the WWE really built for the future tonight and if anyone complains or whines about this years Wrestlemania needs to reevaluate themselves as a professional wrestling fan. I am giving Wrestlemania 31 at 10 out 10 with no regrets or second thoughts. Tonight legends were made, legacies were cemented and men become immortalized 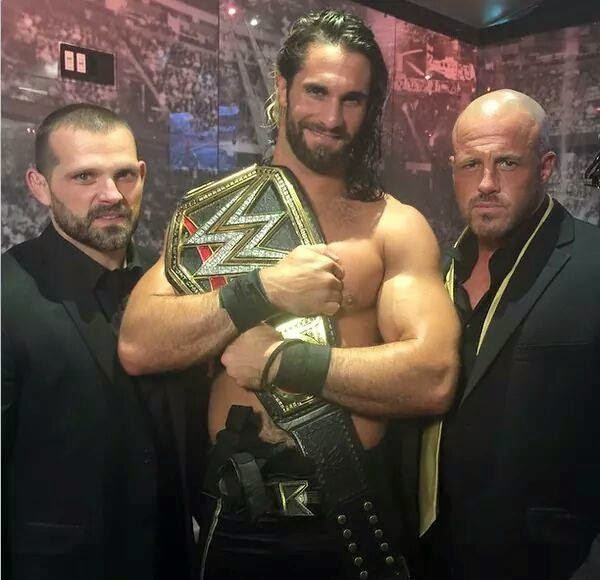