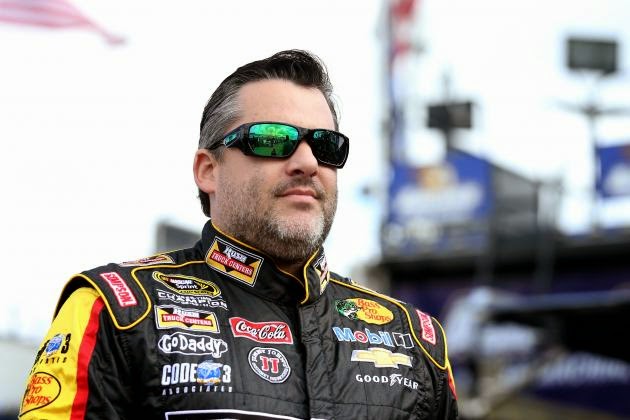 Over the last several weeks Tony Stewart has gone two heavily profanity laced rants. One was at Las Vegas and the other was last week in California against Martin Truex Jr. Well know Stewart has a history of being vocal and even hostile at times when things don’t go his way. Even though he was not at fault, but I would think after killing someone on the racetrack last year he would have learned how to better handle his emotions. Kevin Ward’s death was a tragic accident that was marred in controversy because of the findings in the trial.

I stated last year that I felt Tony should retire after what happened and apart of me still feels that way because obviously what happened is still haunting him. His performance on the track is one of the worse we’ve ever seen out of him and he’s blowing up at everyone even if the situation isn’t their fault. My issue is that one of these days he’s going to pick a fight with the wrong person and his career will be over. There are only so many people who are going to put up with his attitude and antics.

The way I see it is if Stewart doesn’t control his emotions soon, then his temper is going to cost him everything. I can see at some point him getting into a fight that he won’t win or NASCAR officials forcing him out of the car. Tony Stewart has built himself a legacy as a driver and owner but his performance and attitude in 2015 thus far are putting a dent into that legacy. I know it’s only a few races in but I am going to continue to follow what Stewart does during the rest of the season.  Whether or not Tony Stewart can reclaim some of his old glory remains to be seem but if Smoke’s career doesn’t go up in smoke.