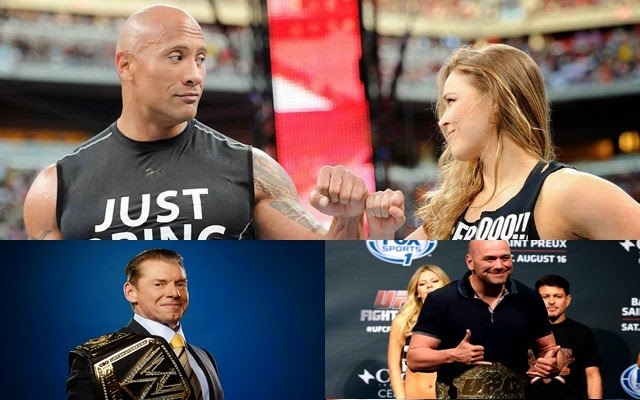 Before everyone gets in an uproar I in no way think the fights in the UFC are fixed, staged or fake. I believe they are one hundred completely real. Back in the day there some great UFC real rivalries. You had Ken Shamrock vs. Dan Severn, Rampage Jackson vs. Wanderlei Silva, Frank Mir vs. Brock, and Tito Ortiz vs. the world. Over the last few years you don’t see that much bad blood between opponents up until the last six or eight months. Before Jon Jones defended Daniel Cormier there was a lot of trash talk and fighting at press conferences. After the fight and in weeks that followed Cormier complimented Jones and wished him well. So was their bad blood real or was it all for show?

One fight that is very intriguing is the fight between Jose Aldo and Conor McGregor that is happening July 11th. McGregor has been talking so much trash, and pulling a lot of antics on Aldo which makes me believe he’s trying his hardest to sell the fight. I am sorry but if someone said the things that McGregor was saying to Aldo I’d be swinging regardless if I was suppose to be professional or not. The fact of the matter is when an audience sees a fight they don’t want to see two guys being friends and hugging it out after the fight. They want to see two men or women who cannot stand each beat the crap out of each other. I really think they are tapping into what WWE does and using it to promote their real life fights. It makes sense because people want to see a story or a feud behind a big fight.

When it comes to working with the WWE I know nothing will ever be announced publicly or officially but one has to wonder about a few situations. The first thing you have that comes to mind is CM Punk and his situation. He breached his contract and quit the WWE in January 2014. After he blasted the WWE in a podcast, joined the UFC. Once he joined the UFC any talk of a lawsuit against Punk was dropped and hasn’t been talked about since. Then you have the appearance of Ronda Rousey at Wrestlemania 31 and the fact she got physical in a WWE ring. Dana White has always said that non of his fighters would ever be physical involved in WWE.

Has Dana White decide that are some things that are best for business. Lets face it a lot of people are now bored with Rousey because she has cleaned house in her division. By appearing and be involved with a WWE storyline and match, she could attract a whole new set of fans that may have never watched the UFC. It also would benefit WWE because you know loyal Rousey fans are going to tune in to see what she does.

I am sure many will think this is far fetched, crazy and impossible but keep in mind Dana White and Vince McMahon are friends have a ton of respect for each other. They also do not consider each other competition so having a partnership would be beneficial. Both Dana White and Vince McMahon have some things common. UFC rules the MMA world, and WWE rules the wrestling world. UFC put PrideFC, WEC, and Strikeforce out of business completely. WWE put the NWA, ECW, WCW and AWA out of business. As I said before neither company would ever publicly acknowledge a partnership because loyal fans of both companies would be extremely upset with it especially the pure passionate fans of MMA.

Keep an eye within the next year on what happens with Ronda Rousey, her reign as a UFC Champion, and if she has anymore involvement in WWE. If so, I think it will put even more stock into the points I’ve made regarding a silent partnership to help both companies. Sometimes breaking out of your bubble is best for business. It’s all about money and an audience and both McMahon and White will do whatever brings them the most money and the most viewers. Eventually it’s not about popular business anymore and it becomes about whats best for business.